MDAs use IT procurements to commit fraud – NITDA 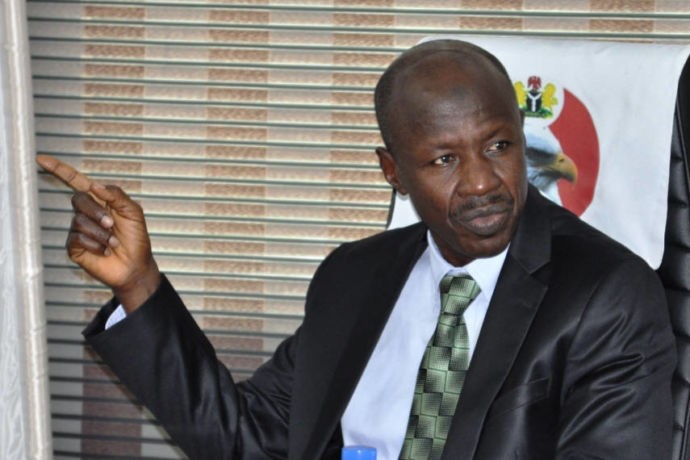 Ministries, Departments, and Agencies defraud the country through the purchase of Information and Communication Technology services and equipment, Director-General of the National Information Technology Development Agency, Dr. Isah Ibrahim, has said.

Ibrahim said this when he led a management team of NITDA to the Economic and Financial Crimes Commission, according to a statement made available to our correspondent by Head of Corporate Affairs and External Relations at NITDA, Hadiza Umar, in Abuja on Friday.

Ibrahim was quoted as saying that an alliance between EFCC and NITDA had become imperative in the face of wanton corruption being perpetrated by MDAs through the use of IT procurement as a smokescreen to defraud the government.

He said MDAs were able to use the procurement of IT products and services to perpetuate fraud because most of the projects pass through less scrutiny during budget defence at the National Assembly as expertise was required to ascertain the needs and specifications of IT requirements.

He said, “Many MDAs consider IT projects as conduit pipes to siphon public funds and I believe partnering with EFCC will bring sanity to the sector and by then the commission will be empowering NITDA in strengthening its regulatory function through which it will also be developing and promoting local content in the IT sector.

“EFCC may help in asking MDAs to produce procurement clearance issued by NITDA during their investigations. Supporting NITDA will go a long way in blocking loopholes in IT procurements.”

Ibrahim said the two organisations could form a working group which would also serve as a desk to deal with sharp practices in IT procurements.

He said NITDA had been empowered to subject IT procurements to value-for-money analysis, reduce projects duplication, justify the spending of public funds on IT projects and to advise MDAs on the alternative options of IT products and services with a view to reducing cost especially on sharing of software among MDAs.

The NITDA boss commended the Acting Chairman of EFCC, Mr. Ibrahim Magu, for what he described as his doggedness, fearlessness and outstanding performance in acting capacity saying the feat could take some people 20 years to achieve in substantive positions.

In his remarks, Magu expressed delight for the visit and pledged that EFCC would be ‘complying with NITDA’s request’ to bring some level of sanity to the procurement of IT products and services among MDAs in Nigeria.

Magu also pledged that the EFCC would comply with government’s directive on the procumbent of IT equipment and services in order to be an example to other organisations in the public service.