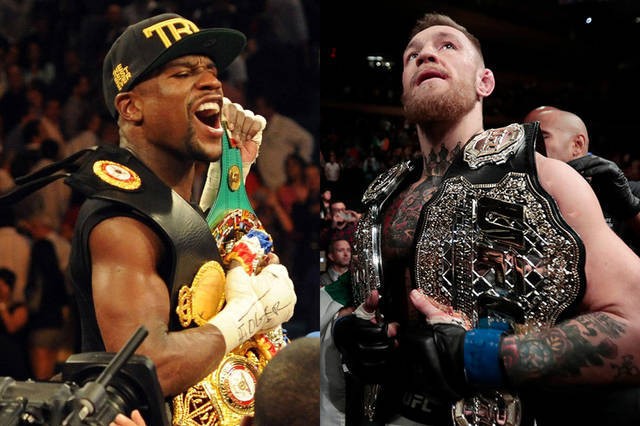 Those who will be in Vegas for the Aug. 26 fight between Floyd Mayweather Jr. and Conor McGregor and can’t afford to buy a ticket were given an alternative on Wednesday.

Closed-circuit viewing of the fight on big screens at eight locations in Las Vegas went on sale Wednesday.

The cost is $150 a ticket, plus fees, the same price that was charged to watch the Mayweather-Manny Pacquiao fight in May 2015.

For that fight, 46,000 tickets were sold at MGM Resorts properties in Las Vegas for $6.9 million in additional revenue.

Wednesday marked the 10th day of ticket sales for the Mayweather-McGregor fight, and there are still more than 3,000 tickets showing on the Ticketmaster seating chart for T-Mobile Arena that night.

An additional option for fight fans in Las Vegas and around the world is pay-per-view.