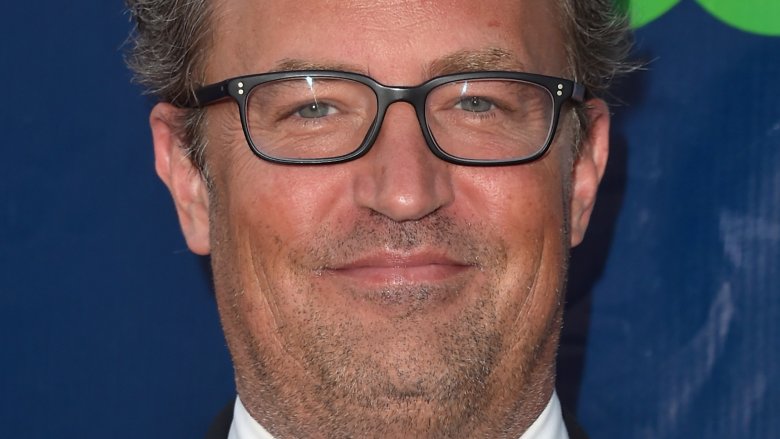 Actor Matthew Perry is sharing an update on his health.

On Friday evening, Sept. 14, 2018, the Friends alum took to Twitter to reveal that he recently had spent a long time recovering from a recent surgery.

“Three months in a hospital bed,” Perry wrote to his 1.18 million followers. “Check.” The post marked the TV star’s first tweet since March of this year.

Just last month, Perry’s rep revealed that the actor, who’s often spoken openly about his longtime battle with alcohol and prescription medication addiction, was recovering after undergoing a procedure. “Matthew Perry recently underwent surgery in a Los Angeles hospital to  ,” his rep stated to Entertainment Tonight. “He is grateful for the concern and asks for continued privacy as he heals.”

We’re glad to hear that Perry is on the mend these days — as are his fans, who took to social media with messages of love and support. “Glad you’re on the mend, friend,” actress Yvette Nicole Brown tweeted in response to his post, alongside a heart emoji. Meanwhile, another Twitter user wrote, “Please rest up & be well. We love you man — you have that special way of bringing the laughs & the world needs you!”

Perry isn’t the only celeb to open up about their health in recent weeks. As Nicki Swift previously reported, country music star Carrie Underwood recently shared that a viral infection had caused her to cancel two performances in the U.K. earlier this month. “I had vertigo and I could not stand up,” the American Idol alum, who’s currently pregnant with baby no. 2, told host Jimmy Fallon during an appearance on The Tonight Show. “And it was crazy. I ended up in a German hospital for three days.”

Meanwhile, Lady Gaga recently spoke out about her ongoing battle with chronic pain stemming from her fibromyalgia. “I get so irritated with people who don’t believe fibromyalgia is real,” she told Vogue magazine, before calling for people “to be more compassionate.” The Mother Monster added, “For me, and I think for many others, it’s really a cyclone of anxiety, depression, PTSD, trauma and panic disorder, all of which sends the nervous system into overdrive, and then you have nerve pain as a result.”