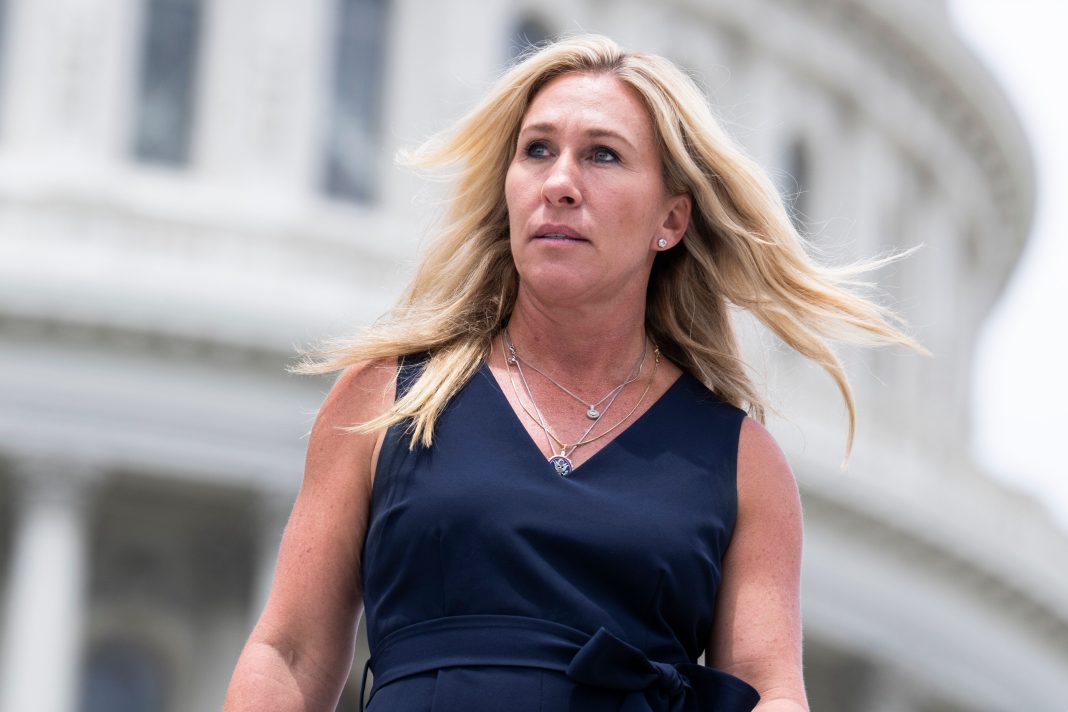 She was responding to a baiting remark by Rep. Jamie Raskin (D-Md.) as the two argued at a House Rules Committee meeting about the Second Amendment and private armed militias.

“Do you think the students should be armed?” Raskin asked her.

“I think children should be trained with firearms,” Greene replied. “I definitely do. I think that’s very important.”

“So they can repel someone who comes in” to a school? Raskin asked.

“I said I believe children should be trained with firearms so they understand how to use them and understand the safety,” Greene answered.

She then veered into a rant about abortion.

“Abortion kills babies!” she said. “We’re talking about kids being killed; abortion kills innocent children. They can’t protect themselves at all from this horrific procedure.”

“Sounds like you want to arm them,” Raskin cracked.