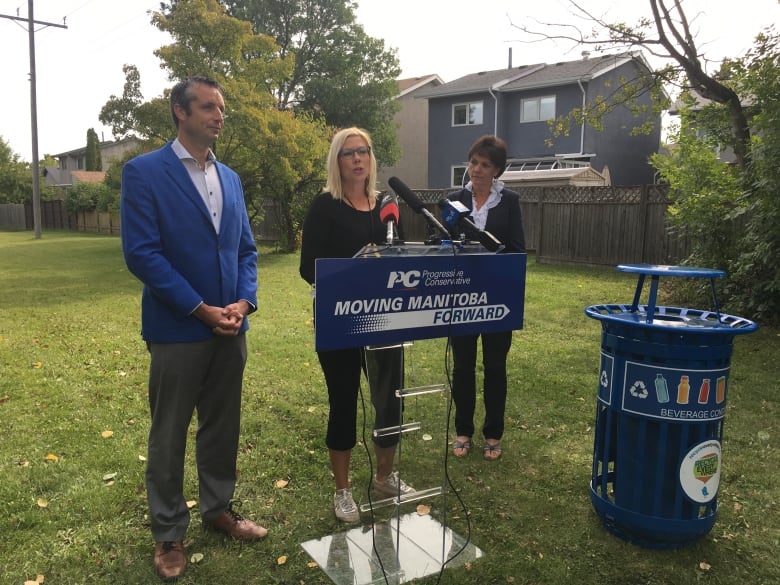 It’s the final weekend before the Manitoba provincial election, a time which one political scientist says is critical for parties to make a final push to get their message out, identify their supporters and take steps to make sure those voters show up on Sept. 10.

“This final weekend is critical for anybody who wanted to pick up swing voters,” said political scientist Chris Adams of St. Paul’s College at the University of Manitoba in Winnipeg.

“They’re gonna be working on both trying to shore up their support, identifying the supporters out there and also getting geared up for the Get Out The Vote campaign which is on Tuesday.”

Picking up swing seats means concentrating on Winnipeg, he explained.

The city holds three out of the four Liberal seats and 10 of the 12 NDP seats in the provincial assembly, so those parties are concentrating their efforts there. Meanwhile, the riding of Wolseley is widely seen as the Green Party’s best shot at winning a seat.

“I think the big objective is to take as much of Winnipeg as possible,” Adams said. “The battleground is really here in the urban centre.”

On the flip side, Progressive Conservative Leader Brian Pallister, whose party has the vast majority of the rural seats in Manitoba, spent Saturday visiting those rural ridings. Pallister’s PCs took 40 seats in the 2016 election.

Pallister was able to fulfill his pledge to visit all 57 ridings in the province in the campaign.

This weekend was hailed as the 600-kilometre tour: Pallister spent Friday touring the North, including stops in Island Lakes and Thompson before spending Saturday in the south hitting areas like Boissevain, Morden and Altona.

Pallister has campaigned on education and tackling the meth crisis, though he avoided an all-party debate about climate change.

Adams says the final weekend is also the point in the campaign to make sure the volunteers and campaign workers are appreciated, before the election day.

“I think also it will be used to mobilize or bring up the spirit of the party, of your volunteers, of your campaign directors, both at the constituency level as well as at the provincial level, so this is a critical weekend,” said Adams.

Riel PC candidate Rochelle Squires headed to South St. Vital, an area of Winnipeg that swings between the NDP and PC, to announce the PCs plan to build 120 more kilometres of bike and walk trails if elected.

He announced in a campaign stop in The Maples he would spend $6 million annually on literacy programs.

“The Liberals at the basic level, they want to get a formal party status in the assembly. And that means four seats,” Adams said.

Local Liberal heavyweights like former federal cabinet minister Lloyd Axworthy and Winnipeg North MP Kevin Lamoureux were out with the team door knocking in the area.

Liberal Cindy Lamoureux was elected as the MLA for Burrows in 2016 and for this election moved over to Tyndall Park, leaving Burrows an open race.

Sarb Gill is running for the party in Burrows and was once Kevin Lamoureux’s local campaign manager. Deep Brar, a correctional officer, is running in The Maples for the Liberals.

Lamont says the party has identified those north Winnipeg seats as winnable — but needs to make sure they get their supporters to the polls.

“It is whether you can get your vote out is critical and I know we have a bunch of campaigns that have the numbers they need to win, but they need to make sure that those votes happen,” he said.

The Liberals released their fully-costed party platform on Sunday.

Over in West Broadway, the Green Party trotted out the candidate with the best chance of victory — Wolseley candidate David Nickarz. He appeared alongside Leader James Beddome Saturday, making an announcement about waste reduction.

“It is just a matter of getting out there, keep talking to people, keep knocking on doors, keep making those phone calls. You just don’t stop and hardly sleep until election day. The only real poll that counts is on election day,” Beddome said of their weekend strategy.

Adams says throwing all efforts into Wolseley in the best strategy for the last weekend for the Greens.

“Beddome is going to be wanting to take Wolseley for the Greens. That’s sort of the primary objective of this campaign,” said Adams.

The New Democrats also chose to focus in on North Winnipeg, holding a rally Saturday for the campaign teams from Tyndall Park, Burrows and The Maples.

Leader Wab Kinew said it was about showing support to seats they consider safe wins for the NDP.

He said this weekend is about reminding voters that health care is the number one issue on the ballot.

Sign up for CBC Manitoba’s newsletter for insight into the latest election news. Every week until the campaign ends, we’ll send you a roundup of what you need to know.