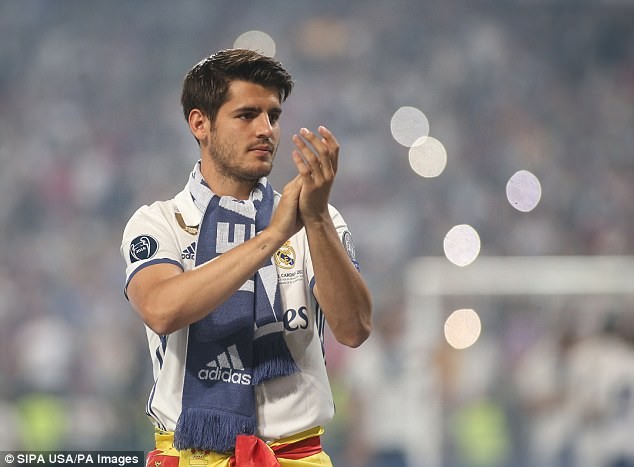 Jose Mourinho still sees Alvaro Morata as the man to replace Zlatan Ibrahimovic as Manchester United intensify their pursuit of the Real Madrid forward, despite an £80m price tag.

The player is understood to be keen on a move to the Premier League and if United CEO Ed Woodward can negotiate a transfer fee with Real, our colleagues at Sky in Italy understand that personal terms will not be a sticking point.

Standing in the way is Real’s £80m demand for the player who scored 19 goals in 43 appearances last season.

His coach Zinedine Zidane wants the former Juventus striker to stay but the player is desperate for more game time, which Zidane can’t guarantee.