Transgender Teachers Talk About Their Experiences At School 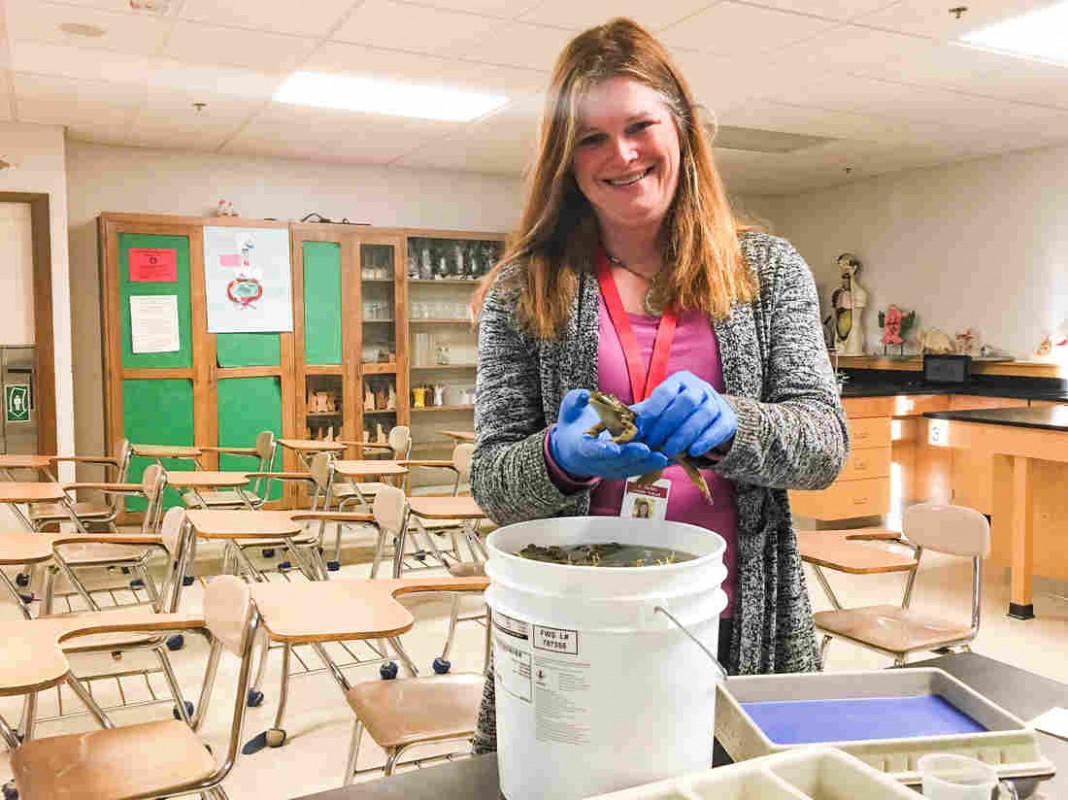 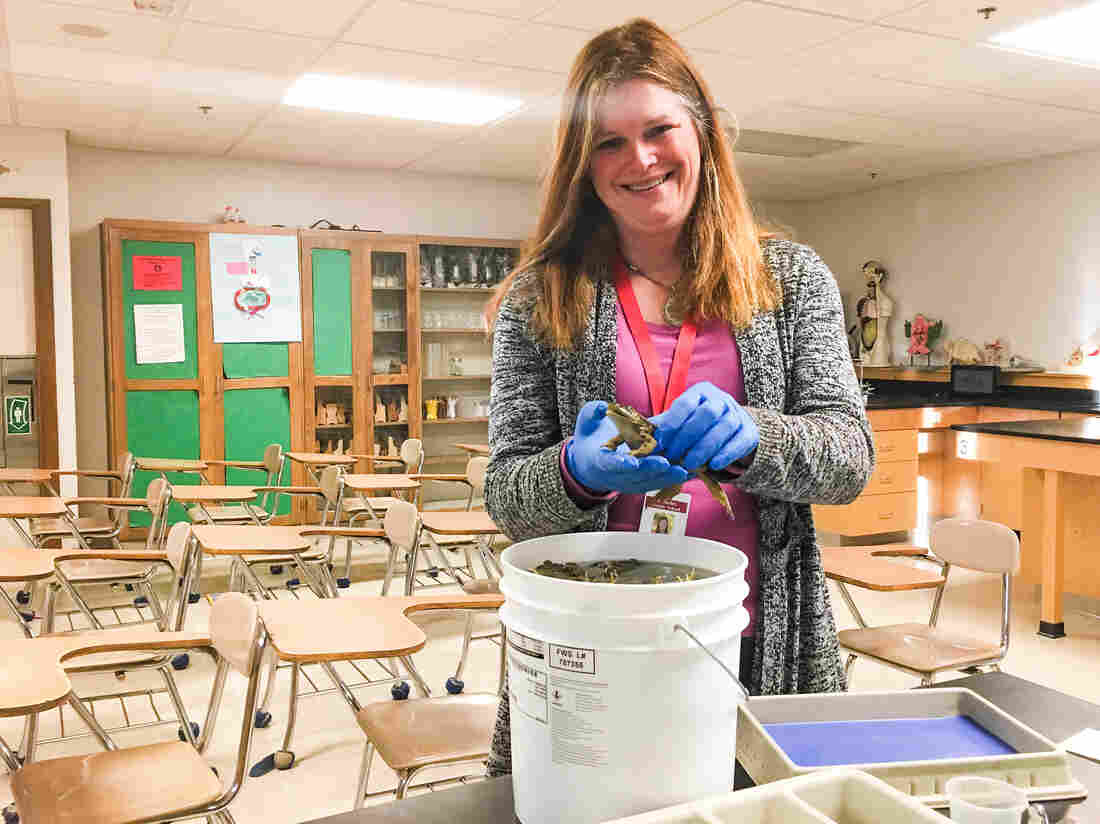 Kelly Jenkins prepares frogs for her students to dissect.

Growing up, Kelly Jenkins spent his spare time playing sports. He was an all-star player on the baseball team at his school in the mountains of east Tennessee. And sometimes, he wore lipstick to practice.

As he grew up, Jenkins felt like he wanted to become a teacher.

“Everybody told me it was a horrible idea,” Jenkins remembers. “They said, ‘Nobody will ever hire you as a transgender woman.’ “

Transgender students have been in the spotlight this year – from President Trump’s decision to rescind rules aimed at protecting them, to the Texas legislature battling over a bathroom bill.

There has been less focus, though, on how school can be a difficult place for transgender teachers.

“I didn’t tell anybody anything”

When Jenkins finished college, he picked the most masculine profession he could imagine: firefighting.

He hoped that by battling blazes he’d somehow convince himself that he wasn’t transgender. That didn’t happen. Instead, Jenkins learned that his favorite part of the job was doing fire safety presentations for kids at schools. 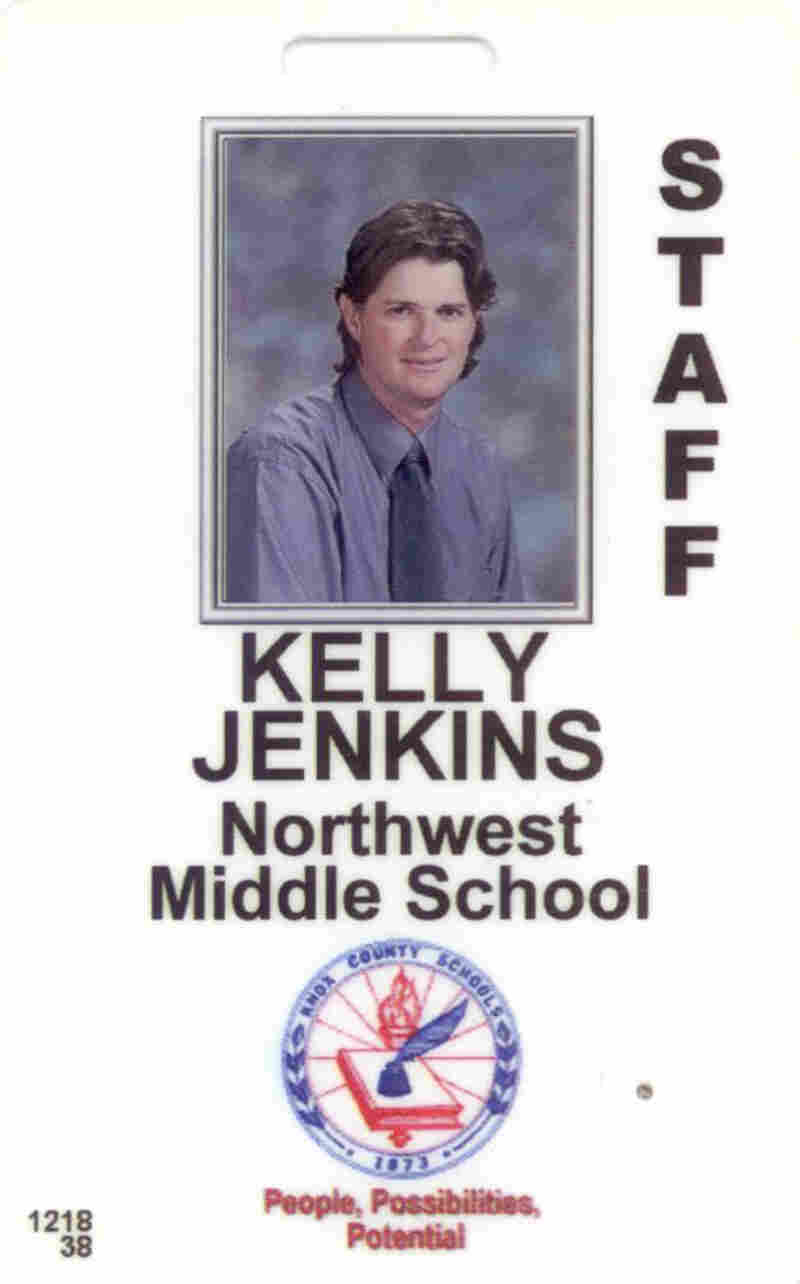 Kelly Jenkins’ school ID before she transitioned. For years, Jenkins presented as a man during the day and as a woman on her free time. Courtesy of Kelly Jenkins hide caption

Eventually, Jenkins transitioned to a woman and decided to become a teacher, started using female pronouns and taking hormones. Jenkins knew that she had to be stealth about her gender identity, presenting as a man at work and a woman at home.

“I didn’t tell anybody anything,” Jenkins recalls in talking about the start of her career more than a decade ago at Knox County Schools in Tennessee.

However, a few months into teaching, Jenkins confided in a coworker. “She went to my principal the next day and told him.”

When it came time for the district to renew her contract, Jenkins was not rehired. “They said, ‘We’re not hiring you because you are transgender,’ ” Jenkins says.

In a statement, Knox County Schools did not comment on Jenkins’s specific situation. However, officials said the district is an equal opportunity employer, which does not discriminate based on sex. The statement did not mention gender.

Experts say it’s hard to know exactly how many transgender teachers there are in the country because they often don’t disclose their status, fearing discrimination. Across the country, estimates show less than one percent of the population identifies as transgender.

Jenkins says over the next few years a pattern emerged: get a new job, then someone finds out, and — within the year — her contract isn’t renewed.

“In some of my classes, like half of my kids were pulled out.”

Jenkins says it wasn’t just the parents who were concerned that she was transgender. Her colleagues stopped including her in staff meetings.

“It felt like walking into silence,” she says. “And the one thing that made it all bearable was the students.”

But, it was ultimately too much, and Jenkins left teaching.

“I delivered pizzas for a living, with a bachelor’s in forestry and a postgraduate certificate in education.”

“Be who we really are”

In Georgia, Nathan Williams taught high school English for more than a decade. Williams always wanted to become Natalie, but one big thing stood in the way.

“I love teaching,” Williams says. “And the idea of losing that was so scary.”

After years of deliberating and working up the courage, Williams started taking hormones and — like Jenkins — presented as male at school and female at home.

She says she rarely ventures out of her home. Worried about her safety as a transgender woman, she limits outings to the necessary errands. But, one weekend, Williams decided to make a quick trip to a nearby cosmetics store. 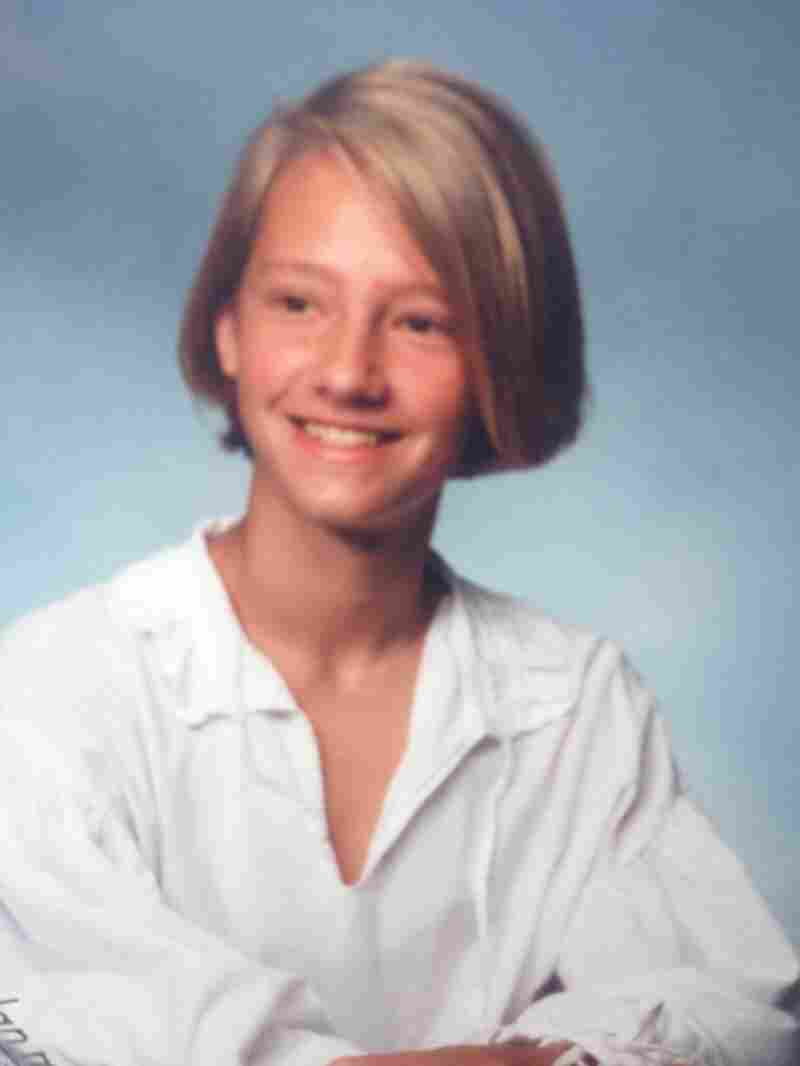 She walked in – wearing a dress and makeup – and spotted one of her students across the store.

“She came up to me and I was like, ‘Well…uh…’ ” Williams remembers stuttering, until she managed to get out a question: “Does this freak you out?”

“And without missing a beat, she just said, ‘No, you always told us to be who we really are.’ “

Soon after, Williams told her school. Although she kept her job, she says she never feels totally secure.

She says some of her colleagues avoid eye contact when passing in the school hallway. “They don’t look at me. They turn away if I try and talk with them.”

And parents call up with concerns. Williams says she’s been summoned to the principal’s office four times in the past year and a half. In her ten years teaching as a male, she says she was never called down.

Still, Natalie Williams says it’s worth it. She’s hoping students see her as a role model.

“I drove to Massachusetts and I left everything else.”

Kelly Jenkins has found that sense of fulfillment, too. She moved 900 miles away to find it.

The hallways are quiet and the chairs tucked in at Wellesley Middle School outside of Boston. It’s early morning – well before the students arrive – and Jenkins is peering into a bucket of dissection frogs.

“So, are these leopard frogs?” Jenkins asks. She’s a teaching assistant here, hoping to get licensed soon, prepping for a seventh grade frog dissection.

Carefully picking up a frog, Jenkins inspects it. “They’re going to open it up and check the tongue out, which it still has. That’s always good!”

When the halls fill with students, Jenkins is busy racing between classes and working with different students. One boy is eager to say he’s a big fan of Ms. Jenkins.

David Lussier, superintendent of Wellesley Public Schools, says that Jenkins’s young fan is one among many. “Everything that I’ve heard has been very positive.”

He says he hasn’t received any pushback from parents or community members. His explanation for this is simple: “First and foremost, Kelly is an excellent educator.”

Jenkins has now been teaching in Wellesley for two years. Lussier says she wasn’t hired for being transgender, but she has helped the district become more open. “Having Kelly’s guidance on that has been a huge help to us.”

He says this is particularly true as the district accommodates students who are questioning their gender. Jenkins has spoken with classes, launched a local TV show and mentored students.

Mace, who is now in high school, is one of those students. “It’s really nice because it’s not really easy to find other trans people out in the world.”

For Jenkins, this is the first time in her teaching career that she’s not dreading the end of the school year.

“I pinch myself because I’ve never got to taste this. I get to go home and walk my dogs and not worry, ‘Am I going to be fired?’ “

Kelly Jenkins says she’s saving up in the hopes of getting licensed as a science teacher in her new home state.