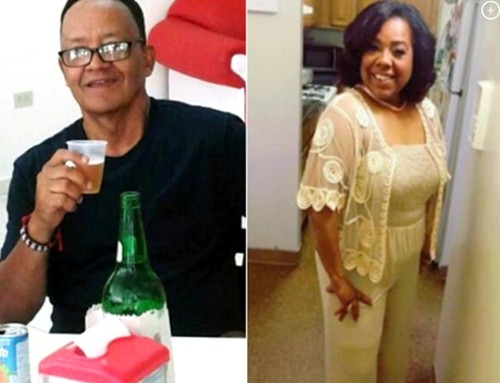 In yet another case of bizarre domestic violence, a man has allegedly killed his wife, at their home on in New York on Sunday.

A Harlem man fatally knifed his wife in their apartment Sunday night, then jumped out the window and plunged eight stories to his death, police sources said.

Cops came across the bloody scene on Frederick Douglass Blvd. at W. 141st St. just after 9:15 p.m., and found Francisco Ferreiras’ broken body in a parking lot outside, according to police sources.

When officers entered the 69-year-old man’s eighth-floor apartment, they found his wife, Bernarda, 53, bleeding from several stab wounds to her chest, the sources said. Cops also found a knife at the scene.

Medics rushed Bernarda Ferreiras to Harlem Hospital, but she couldn’t be saved.Sources said she and her husband lived together, but she was trying to leave him. One neighbor, who declined to give her name, said the couple was fighting moments before the apparent murder-suicide.

“They were arguing and then there was one loud scream from the woman. Then I heard what was the man’s body hit the ground,” she said. “It was a loud boom. I looked out the window and I knew he was dead.”

The couple had three daughters, and seemed happy, neighbors said.

“When you’d see them together they were always smiling. They always said hi,” a neighbor said. “We’re shocked right now, just shocked. We would have never suspected something like this.”