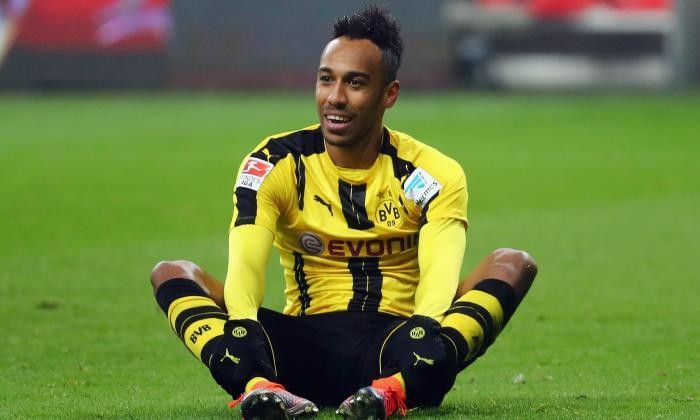 Pierre-Emerick Aubameyang is a transfer target for Manchester City

Manchester City are preparing a bid to lure one of Europe’s top strikers, Pierre-Emerick Aubameyang, to the Etihad Stadium, according to Sky sources.

The 28-year old Borussia Dortmund striker was set to join Paris Saint-Germain next month in a move thought to be around £60m. However the deal hit the buffers last week alerting Pep Guardiola to his availability.

City believe there are very few high-quality strikers on the market at present and Aubameyang, who scored 42 goals for club and country last season, could be a huge boost to their ranks.

His former manager, Jurgen Klopp has also been linked with a move for the Gabon striker, although Sky Sports News HQ understands these reports are inaccurate.

Who’s going where and when? Check out the very latest with our dedicated experts

Aubameyang joined Dortmund from Saint-Etienne in 2013 and has scored 85 Bundesliga goals in 128 appearances.