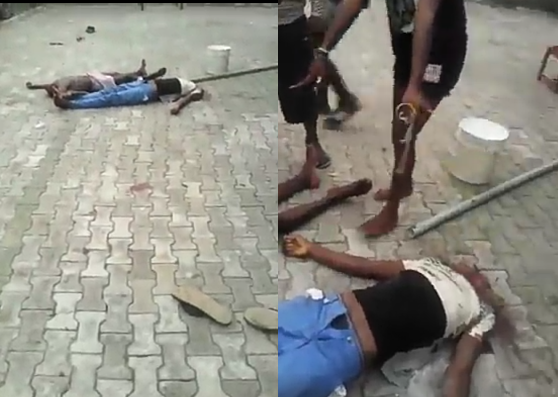 AT least, two persons were said to have lost their lives during a clash on Monday between Hausa traders and a group of Onne youths in Eleme Local Government Area of Rivers State.

Some youths, who claimed to be members of a local government task force had gone to Opaku Park in Onne known to be a Hausa community and asked the traders to pay their daily levies.

It was learnt that trouble started when one of the Hausa traders was said to have opted not to pay the daily levy, a development that angered the task force members.

The disagreement immediately degenerated into a serious clash between the groups that led to the death of one of the task force members.

A community source, who identified himself as Franklin, said some community members later joined the fray and set a mosque ablaze.

Franklin added that a Hausa trader was later found dead at the end of the clash between the task force members and the traders.

A church was also said to have been razed during the free-for-all that affected the hitherto peaceful community.

The State Police Public Relation Officer, Mr. Nnamdi Omoni, who confirmed the incident, told newsmen that it was a clash between Hausa traders and some members of a task force in Onne.

Omoni, who stated that a mosque and church were torched during the clash, explained that the place was currently peaceful following the intervention of security operatives in the area.

According to him, “We are aware of the development, though I am yet to get full details. We have swung into action and our men have been deployed in the area to maintain calm.”