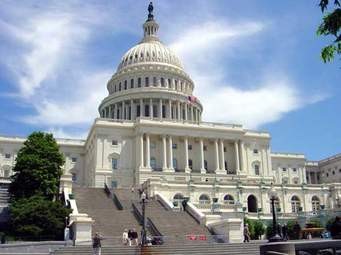 On Sunday morning, a man who was arrested near the White House was found to have nine guns and three knives in his car, according to a police report.

The man was initially stopped by law enforcement for allegedly urinating in public before Secret ServiceUniform Division officers approached the man outside an art gallery in the area of 17th street and Pennsylvania Avenue near the White House.

According to the incident report obtained by CNN, the suspect told Secret Service officers and agents that he was going to the White House to speak with National Security Agency Director Admiral Mike Rogers and Defense Secretary James Mattis “for advice on missing paychecks and how to get the chip out of my head”.

The man was discovered driving a 2009 Silver Nissan with Tennessee Fraternal Order of Police license plates. After being questioned by law enforcement and admitting to having multiple weapons he consented to a search of his vehicle.
The search turned up nine guns, three knives, brass knuckles, suppressors, and various types of ammunition. The firearms included multiple handguns as well as AR- and AK-style rifles. The suspect was taken to a DC facility “for mental observation” and later transported to a DC police station, where he was charged with multiple weapons violations.