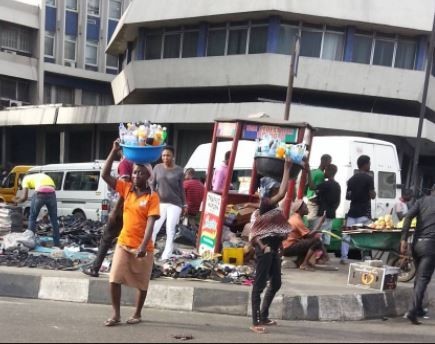 A 45-year-old man identified as  Bolaji Ajasa has appeared before a magistrate’s court in Okitipupa, Ondo State for attempting to touch a hawker, Ajoke Ibisanmi’s breast.

Ajasa is also standing trial on a charge of unlawful assault before Magistrate Banji Ayeomoni.  According to the prosecutor, Inspector Zedekiah Orogbemi, the accused on February 21 assaulted the complainant by punching her at a construction site at new Ayeka in Okitipupa.

It was gathered that fracas ensued when the hawker refused Ajasa’s attempt to touch one of her breasts and other parts of her body.

Ajasa, however, pleaded not guilty to the charge levelled against him. The magistrate granted him bail in the sum of N30,000 and a surety in like sum. The case was adjourned until March 29, 2018 for further hearing.