As mystery disease kills birds in U.S., researchers want Maritimers to be on lookout 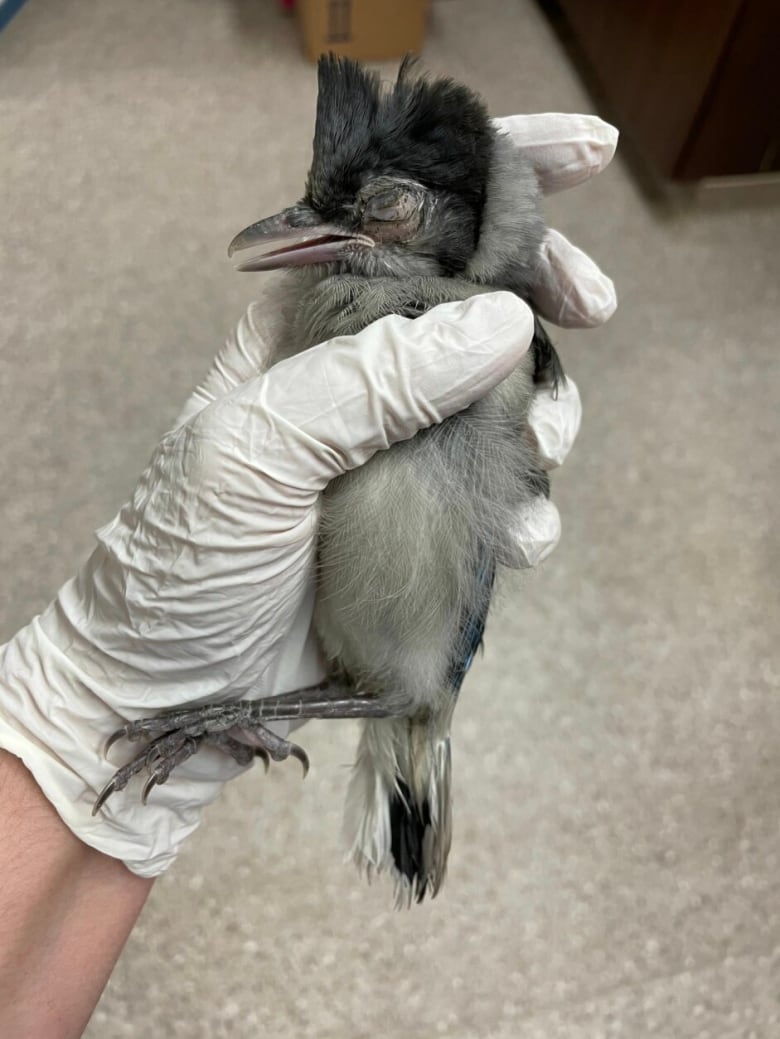 A mystery disease is sickening and killing birds all through the eastern United States, and researchers are keeping an eye out for similar cases in the Maritimes.

“We haven’t seen it in our region,” said Megan Jones, regional director of the Canadian Wildlife Health Cooperative, Atlantic Region, based in P.E.I.

“But we’re one of the Canadian regions that would be most likely to see this disease pop up, because of where it has been found in the U.S.”

The contagious disease is so new, there isn’t even a name for it yet.

“All of which are very common in our region, as you know,” said Jones.

The source of the infection in birds is not yet known, but it causes conjunctivitis, an inflammation around the eyes.

Those birds the disease doesn’t kill, behave abnormally. They show a tremor or act lethargically and have “swollen, crusty eyes,” Jones said.

“Sometimes their eyes are sort of discoloured. That’s the most-striking feature when you see a sick bird with this disease.”

The disease was first found in the Washington, D.C., area in May but has now been seen up through New Jersey and south to Florida.

Mostly fledgling birds, or those that have just left their nests, are affected, Jones said.

Help from the public

Jones said the Canadian Wildlife Health Cooperative, which is a national network of wildlife health specialists, has been asking members of the public to keep an eye out for sick birds and to reach out if they see anything suspicious.

The co-operative will also take dead birds found by the public.

“We can examine them in our laboratory and do some testing to see if these cases meet the case definition,” said Jones.

“We would look to see if the symptoms fit with this definition and then we would include it in the larger case series that scientists in the U.S. are also examining.”

She said they’re relying on observant members of the public and the provincial wildlife agencies as well as wildlife rehabilitators to figure out if the disease has reached the Maritimes.

Researchers are recommending people take down their bird feeders in areas where birds with the disease are found.

Although the mystery disease does not seem to have hit New Brunswick yet, Jones said other infectious diseases, such as trichomoniasis, spread when birds congregate in feeders.

Trichomoniasis is an infectious disease in which a parasite gets into the bird’s mouth and causes damage to the tissues in the mouth and esophagus.

“That is also a disease that we would ask people to also keep an eye out for.”

Jones said if people don’t want to take their feeders down, they should at least disinfect them every couple of weeks with soap, water and diluted bleach.

At this point, researchers say they are not concerned about population decline, but it is still early.

“We don’t know what is going to happen in the future,” Jones said. “We know it has the potential to cause mortality, but we don’t have accurate numbers from year to year.”