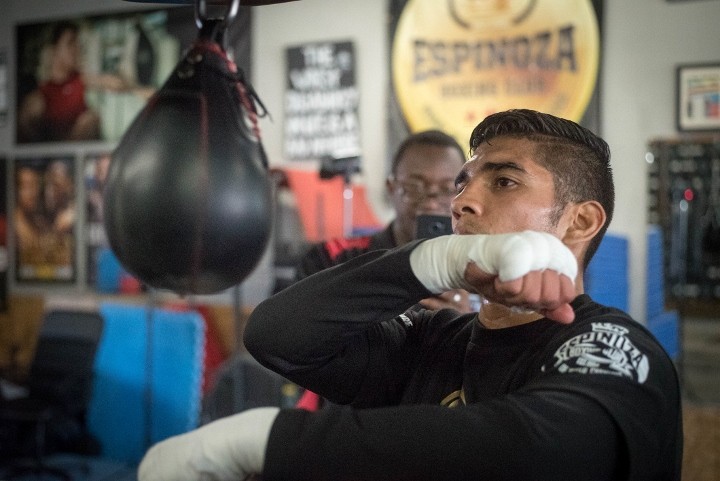 Fidel Maldonado Jr., who is coming off a split-decision victory over Pablo Cesar Cano on June 17, will take on Ismael Barroso in the 10-round main event of the Oct. 13 edition of Golden Boy Boxing on ESPN. Steve Marcus/Getty Images

Maldonado (24-3-1, 19 KOs), 26, of Albuquerque, New Mexico, scored a career-best win in the series on June 17 when he turned back a stiff challenge from Pablo Cesar Cano to claim a split decision despite getting knocked down.

Now he will take on another dangerous opponent in Barroso (19-1-2, 18 KOs), a big-punching 34-year-old southpaw from Venezuela.

Barroso won an interim lightweight belt by impressive fifth-round knockout on the road in England, where he knocked down Kevin Mitchell three times in the victory. In his next fight, however, Barroso faced then-full titleholder Anthony Crolla in a mandatory fight and got knocked out by a body shot in the seventh round in May 2016. He has not fought since.