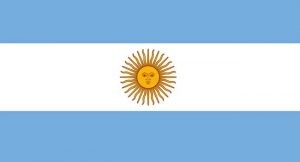 Argentine Foreign Minister, Susana Malcorra resigned on Monday and will move to Madrid to be closer to her family, President Mauricio Macri said.

Argentina’s ambassador to France, Jorge Faurie, will be the new foreign minister and Malcorra will continue as an adviser to the government from afar.

Faurie, a lawyer, has served as a diplomat for four decades and was briefly vice foreign minister in 2002, according to a resume sent by the government.

“At other times, I have come to share good news for everyone. Today it has to do with our Foreign Minister, she will abandon us not as a member of the team but as Foreign Minister for very personal reasons.

“She is going to leave this very important and fundamental role that she has filled this year and a half as we have rapidly reinserted ourselves in the world, perhaps as never before,” President Macri said.

Malcorra, a businesswoman and diplomat who ran to be Secretary-General of the United Nations last year, led Macri’s center-right administration’s efforts to boost diplomatic and trade ties with the United States and other Western countries after years of tense relations under former President Cristina Fernandez.

She is the second minister to leave Macri’s government since he took office in December 2015, following former Finance Minister Alfonso Prat-Gay, who was asked to resign late last year.

“Definitely what fell to me this last year and a half since President Macri summoned me – it has been the greatest responsibility that I have had in my professional life, but the maximum honour and satisfaction that I have had as a person.

“To represent Argentina and Argentines in the world is an incredible role and I am convinced. I hope that you share it; I have always put the interest of Argentines as a priority,” the outgoing minister said.

Argentina and other members of regional trade bloc, Mercosur suspended Venezuela from the group in 2016, and Malcorra has supported a push by the Organisation of American States to increase pressure on the Venezuelan President.