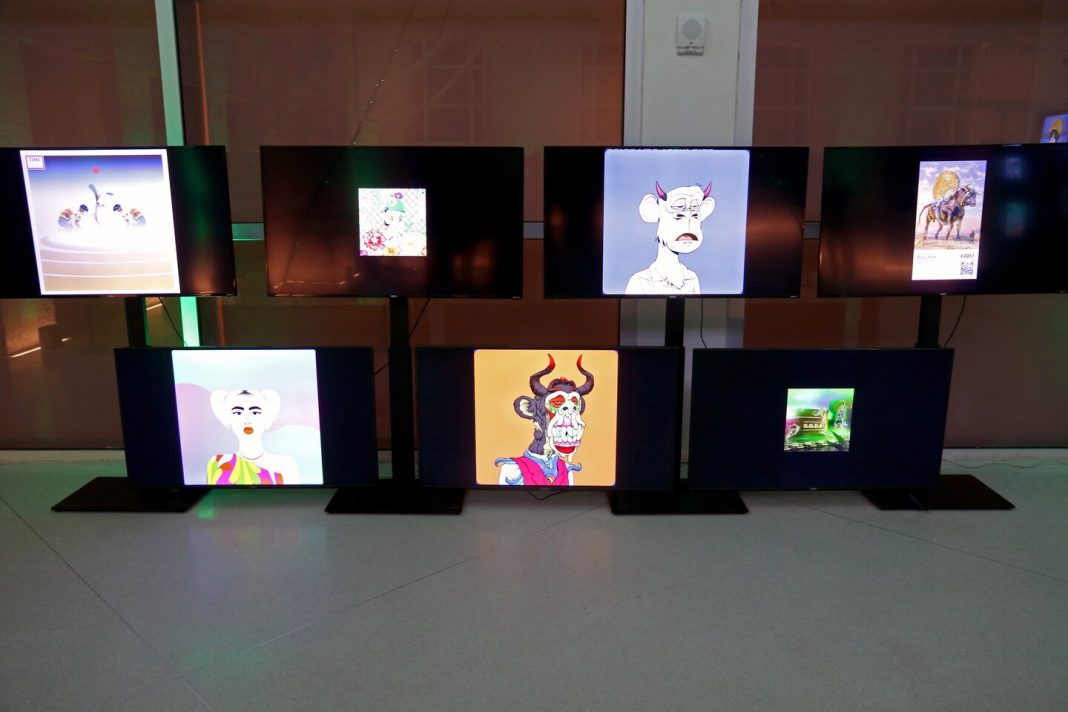 Bored Ape NFTs sold for millions of dollars, filed suit Friday in the U.S. District Court for the Central District of California. They accused the “self-proclaimed ‘conceptual artist’ ” Ryder Ripps of trying to devalue their pieces by “flooding the NFT market with his own copycat NFT collection using the original Bored Ape Yacht Club images.” Ripps sold his work under a similar name, “RR/BAYC.”

“This is no mere monkey business,” the suit said. “It is a deliberate effort to harm Yuga Labs at the expense of consumers by sowing confusion about whether these RR/BAYC NFTs are in some way sponsored, affiliated, or connected to Yuga Labs’ official Bored Ape Yacht Club.”

The value of the 10,000 unique and colorful ape NFTs that Yuga Labs created lies not only with their rarity, the suit said, but also with their benefits. Those include entry into an “exclusive community” of Bored Ape owners, who get access to online channels, as well as parties and events, after purchasing one of the NFTs.

Will NFTs transform the art world? Are they even art?

An Ape Fest was held last week at New York City’s Pier 17, with shows by LCD Soundsystem, Haim, Future and Eminem. Owners of a cartoon ape were issued a QR code that allowed entry to the event.

The class of Bored Ape owners includes comedian Jimmy Fallon — who announced his entry into the space by tweeting “Permission to come a bored?” — and rapper Snoop Dogg (“When I APE in I APE all the way in!!”). The DJ Steve Aoki has at least eight of the digital primates, according to his Twitter account.

The value of the Bored Ape NFTs has fallen in recent months, tumbling from a peak floor cryptocurrency price of 153.54 ether on May 1 — about $430,000 at the time — to 87.13 ether on Tuesday, or nearly $100,000. The lawsuit blamed Ripps for the decline, which it said he “and others acting in concert with him have touted and cheered.”

Ripps said in an emailed statement that the lawsuit “grossly mischaracterizes the RR/BAYC project,” which he called a “protest against and parody of” the Bored Ape Yacht Club collection.

“No one was under the impression that the RR/BAYC NFTs were substituted for BAYC NFTs or would grant them access to Yuga’s club,” he said.

The lawsuit is a spillover from the high-flying world of NFTs, blockchain and cryptocurrency — which many technology innovators have billed as the future of the internet — into the federal legal system. Such innovations have been developed, at least in part, to remove the involvement of traditional frameworks like court systems, real estate agencies and central banks from a wide variety of transactions.

The suit also comes during a turbulent time for crypto, with prices swinging wildly, so-called stable coins becoming unstable and regulators turning their attention to the industry.

“Resorting to the U.S. legal system, you shouldn’t need that. That’s the whole point of crypto — you don’t need the government to intervene,” said an investor in Yuga Labs who spoke on the condition of anonymity to discuss sensitive business matters.

“This is the most high-profile NFT product in the world,” the person said. “That they are dealing with copyright infringement is not surprising.”

Ripps “missed the parody mark in my opinion,” said Steve Vondran, a lawyer who specializes in intellectual property and technology cases. He noted that it is more difficult to seek protection for parody under fair-use laws if “it appears they are seeking to financially exploit the creative efforts” of others.

The RR/BAYC NFTs were no longer available on Open Sea, a popular NFT marketplace, early Wednesday. “This content is no longer accessible on OpenSea. It has been removed based on a claim of intellectual property infringement,” the website said.

Vondran added that should satire be claimed as a defense, it would carry far fewer protections. (A re-creation of the work in question could be claimed as parody, whereas satire uses the work to make a statement about something else.) Regardless, he said, “at best, I think that is what you have here, a very weak version of satire.”

Marta Belcher, a former intellectual property attorney who now specializes in cryptocurrency litigation, said the matter was an obvious trademark issue: The purpose of trademark laws, she said, is to protect consumers by ensuring they know that a product is in fact coming from a certain brand.

She added that such laws also protect brand owners from “dilution — that people can know that their product is associated with a high standard of quality.”

Belcher said the case was similar to a 2021 trademark lawsuit by Nike against a company selling “Satan Shoes” — repurposed Nike sneakers that were supposedly injected with human blood. The parties settled a few months after the lawsuit was filed.