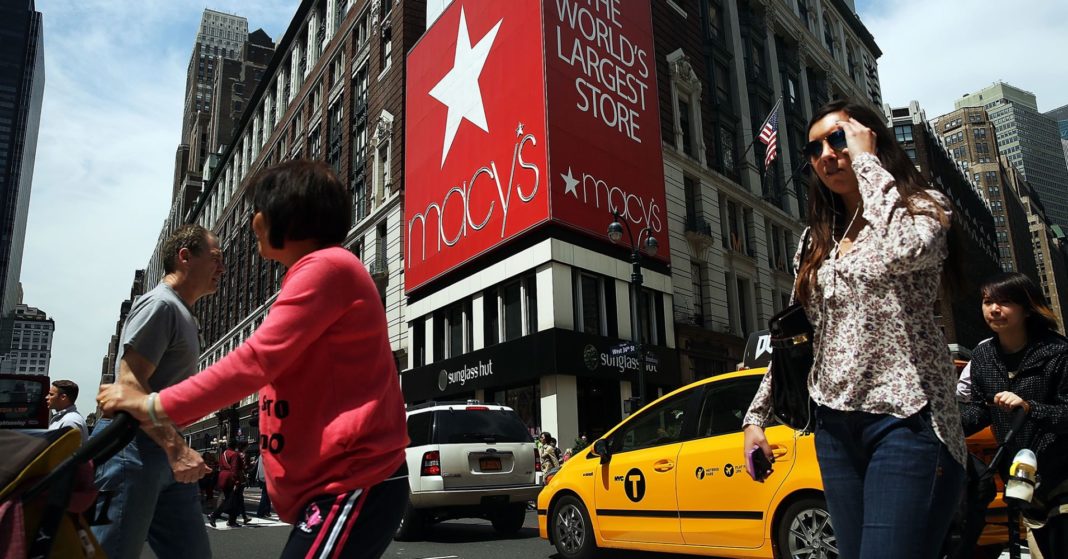 Macy’s shares tumbled Wednesday morning despite the company reporting quarterly earnings and sales that topped analysts’ expectations and an increased forecast for the full year.

Amid tax reform, consumers have been spending more. However, Macy’s is still struggling to grow sales.

Macy’s shares were falling more than 5 percent in premarket trading on the news.

The results in the latest quarter showed some signs that its latest efforts to trim excess inventory, revamp stores and grow its off-price business are paying off. As a result, the department store operator raised its outlook for earnings and same-store sales for the full year, saying that strong consumer confidence in the U.S. should fuel purchases in stores and online as Macy’s continues to invest back in the business.

Macy’s has been working toward adding more local merchandise, refreshing in-store fixtures and looking for ways to lease out excess space at 50 locations, using this as a pilot test before a broader push of those initiatives. The plans are taking shape and helped drive momentum during the quarter, the company said.

Here’s what the retailer reported compared with what Wall Street was expecting, based on a survey of analysts by Thomson Reuters:

Excluding one-time items, Macy’s earned 70 cents per share. However, stripping out gains from real estate sales as well, Macy’s earned 59 cents a share during the quarter. According to Thomson Reuters, the retailer was expected to earn 51 cents a share.

Revenue fell 1.1 percent to $5.57 billion from a year ago, but was ahead of the $5.55 billion analysts were expecting.

Sales at stores owned or licensed by Macy’s that have been opened for the past 12 months inched up 0.5 percent, again better than an expected decline of 0.9 percent. Macy’s said all three divisions that it operates — Macy’s, Bloomingdale’s and Bluemercury — “performed well” during the quarter.

Looking to the full year, Macy’s is now anticipating earning between $3.95 and $4.15 per share, 20 cents higher than the company previously forecast. Same-store sales are expected to increase by as much as 2.5 percent, compared with a prior target of between 1 and 2 percent growth.