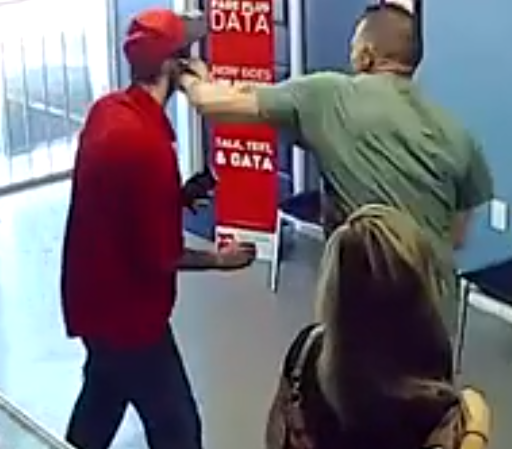 A jealous boyfriend was filmed punching a guy in the face for checking out his girlfriend’s backside. However, the way the girlfriend reacted to it has been praised.

CCTV footage from a phone shop in North Carolina shows the man punch his rival so hard that his cap came off. The incident happened inside the SEA Wireless shop in Lincolnton.

The punch came after the customer with a roving eye leaned against a counter in the store to stare at the woman’s butt. When her boyfriend’s eyes caught his, he had the audacity to smirk, and this angered the woman’s boyfriend, so he hit him. 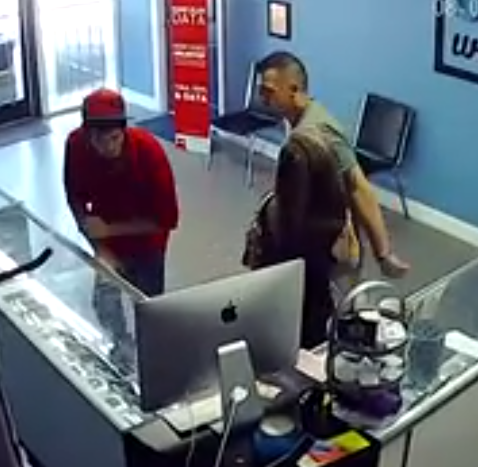 But the girlfriend was not pleased with her boyfriend’s caveman antics and she ordered him to apologise to the man.

“What is wrong with you?” the girlfriend asked her partner.

She then tells him: “You need to go say sorry, please.” 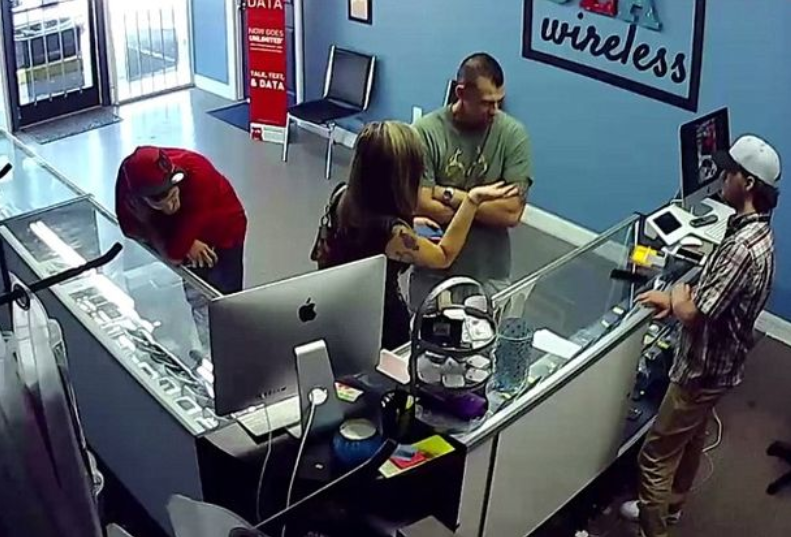 The boyfriend is then seen going outside to apologise to the man for hitting him.