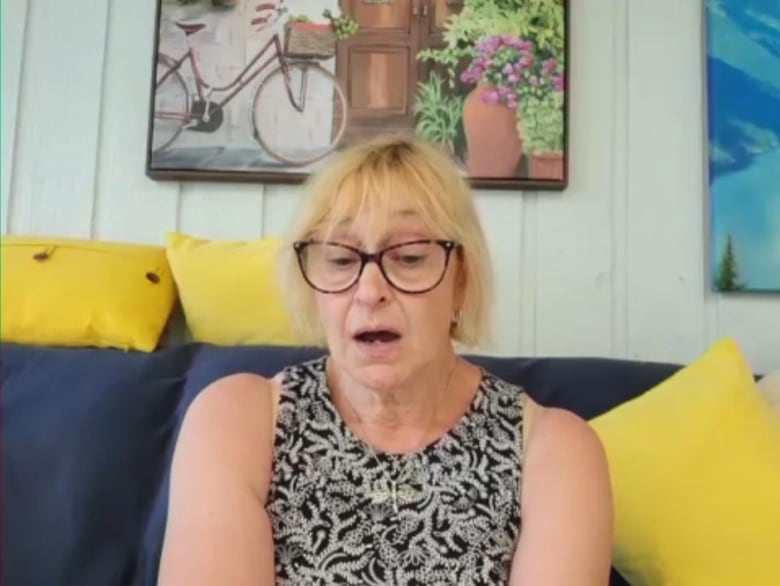 A Lytton, B.C., couple are relieved to hear their animals are safe and in local firefighters’ care four days after a devastating wildfire destroyed their property and the village around them.

“I can’t say enough good things about the firefighters, they are absolutely amazing given what they’re going through right now.” Tricia Thorpe told CBC after she found out that firefighters were able to feed and water her animals this weekend.

Thorpe and her husband fled Lytton on Wednesday evening before the blaze swept through town and left their home in ashes.

‘We thought we’d lost them all’

The couple was thrilled to find out on Friday that three of their dogs, seven puppies, alpacas and sheep survived the fast-moving fire.

“It was miraculous because we thought we’d lost them all,” she said. “Everything is gone except those remaining animals. They’re all we have left.”

Thorpe says another problem then arose: how to keep them fed, or have them removed from the area, because no one was allowed into what remains of the village at the time due to dangerous conditions.

When Thorpe heard a commercial operation near her property was allowed in to transport its animals to safety, she contacted the Thompson Nicola Regional District (TNRD) asking why she couldn’t do the same.

“[TRND] told me that because the people above us are a commercial operation, they were allowed in to get the animals out but we aren’t allowed in,” she said.

“I explained there were puppies. I explained that it was everything we had left. And I just I wanted to get the animals out,” Thorpe said.

Thorpe said she contacted the SPCA to ask for help, but they were told the same thing — that they weren’t allowed in the village yet.

In a last desperate attempt, she decided to reach out to the community for help through the Lyttonites Facebook group.

“A lot of them have lost either everything or all the personal belongings. And they were all willing to step up to the plate and do something to help,” Thorpe said.

Despite everything they’ve been through, Thorpe said, fire crews checked on the animals once they were allowed back on Saturday.

“They gave everybody fresh water and food, they actually had some alfalfa pellets for the remaining sheep and my alpaca,” she said, adding the animals remain on the couple’s property.

“We’re certainly aware of a number of areas where people are requesting assistance but we haven’t been given the official go ahead,” said Sean Eccles, senior manager with the SPCA.

Thorpe says she isn’t the only one in Lytton trying to get their animals to safety.

“I’m hoping something moves and we can get them all out.”