Love Problems 5 issues you shouldn’t have in new relationships It’ll be bizarre to have some issues rear their heads from the very start of a relationship. 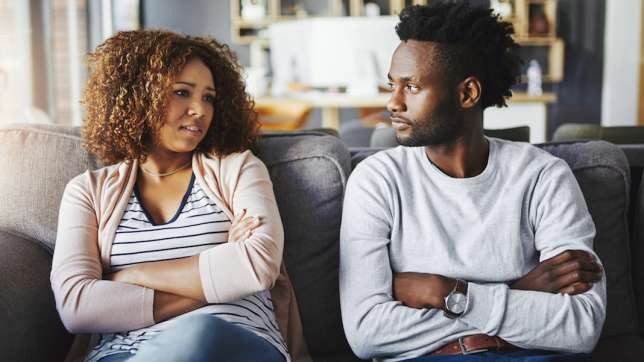 When a relationship begins, it is often intoxicating in its newness that partners just effortlessly float through those early months.

Those early days are expected  to be easy because those love hormones are surging through you, love is strongest on the brain at this point and everything feel so light, easy, radiant, and exciting.

So while it’s fine to take a while to become completely used to each other, it will be bizarre to have some issues rear their heads from the very beginning of the relationship.

Here are problems you just shouldn’t have in the early stages of your relationship:

Those early days will actually have you craving to be with that person for as long as you can. That’s what happens with most people. But if you’re already complaining about lack of time from the onset, you are not doing it right.

Complaints and sexual dissatisfaction is not something you want at any point of your relationship but it is a worse problem to have from the get go. Avoid it at all means.

It could be a pointer to a long-term relationship issue.

Really, how are you supposed to bond and become a tightly-knit unit when you can’t even have the most basic, balanced communication?

Your new girlfriend is still almost perfect to you. The newness and the potency of the love you’re feeling in those early stages make it easy to overlook wrongs. Patience is meant to be easy to practice in the ‘honeymoon’ stages of the relationship.

So if temper is flaring just few weeks/months into a relationship that’s meant to be long term, there may be fire on the mountain which may only get worse with time.

Issues on core values is one thing your relationship should definitely not begin with. (The Cut)

Do not write off disagreements about core values. Actually it is better to find a common ground about these things before even beginning the relationship.

Make sure to trash these out before the relationship even begins.

It’s better to have these sorted out before it becomes an issue in the early days [or anytime for that matter] in your relationship.