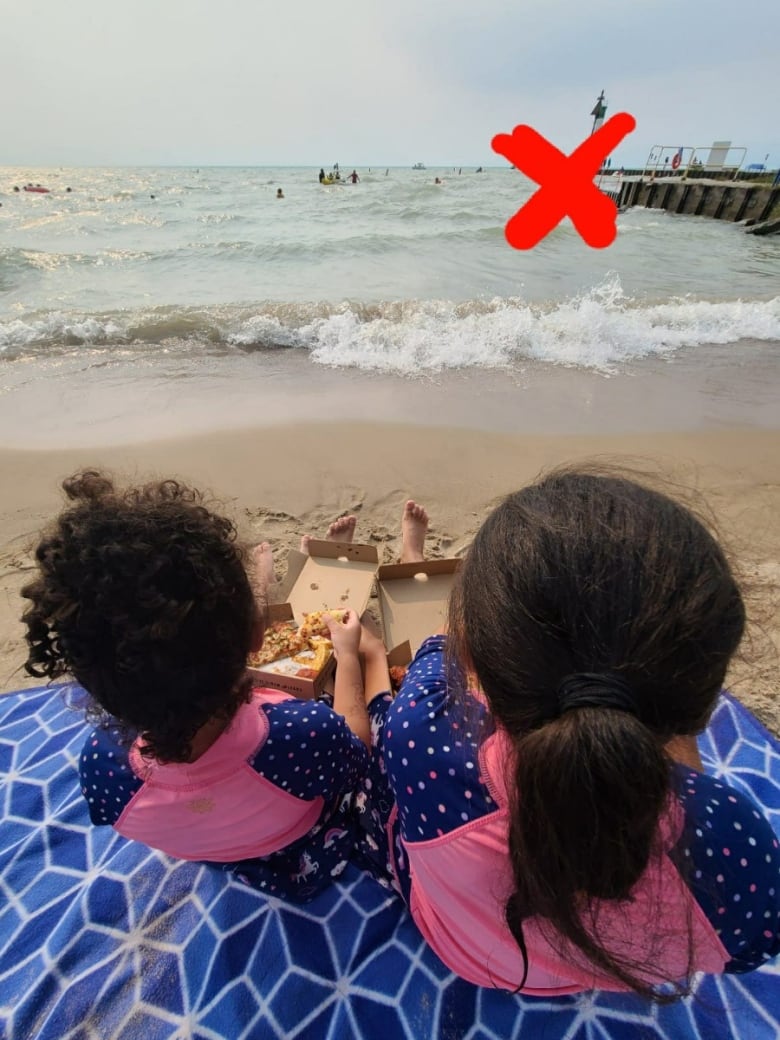 Bronson Deagle was at a secluded area of Ontario’s Grand Bend South Beach last weekend with his wife and two daughters, enjoying their last vacation day, when he noticed a young girl in the water, waving her arms in distress.

After looking around for any lifeguards, Deagle ran over to check on her.

“I saw not one person, but a family of four all drowning simultaneously,” he told CBC London.

The family was enjoying the water when a strong current made them lose their balance, and they couldn’t get to shore.

Deagle said that when he got closer, he saw a woman lying face down in the water and a man and two children struggling to stay afloat.

To see four people all going under at the same time was all very shocking.– Bronson Deagle

“To see four people all going under at the same time was all very shocking,” he said.

Deagle, who is 36 and a London firefighter-in-training, said he was just grateful he was at the right place, at the right time to rescue the family.

Deagle ran into the water and first tried to save the young girl, who was struggling to breathe. He noticed the man and the other child, a young boy, were also struggling to stay above water and were all fully clothed.

After he was able to successfully get the three of them safely to shore, Deagle said it was a difficult fight saving the woman who was unconscious and lying face down in the water. A man on a jet ski noticed what was happening and came to help Deagle pull the woman out of the water.

Worried about potentially breaking the woman’s ribs by performing CPR on her, Deagle said he sat her up and gave her five back blows, which allowed her to cough the water up and breathe again. Paramedics arrived a short time later.

The family has kept in touch with Deagle and thanked him for saving them.

I am amazed by his courage, speed and strength with which he pulled both myself and my sister out of water.– Mississauga family

CBC reached out to the family, who asked not to be identified to maintain their privacy, but they responded with an email.

“We went to the beach this Saturday [July 31] for a family picnic and were enjoying the water when the tides made us lose our balance. I, my sister, my niece and my brother-in-law, all were almost drowned when Bronson saw us and helped us,” the email reads.

“I and my sister had surrendered to the waves and had lost hope of coming out alive. I am amazed by his courage, speed and strength with which he pulled both myself and my sister out of water. We cannot thank him enough for what he did.”

Deagle is now urging beach staff to warn people of the strong currents.

“I was in disbelief that there was no indication that this commonly known riptide, there is this area that they should have just easily put a rope with some buoys or a sign saying ‘Do not cross this area,’ or ‘Riptide Caution’,” Deagle said. “There was no signage, no warning.”