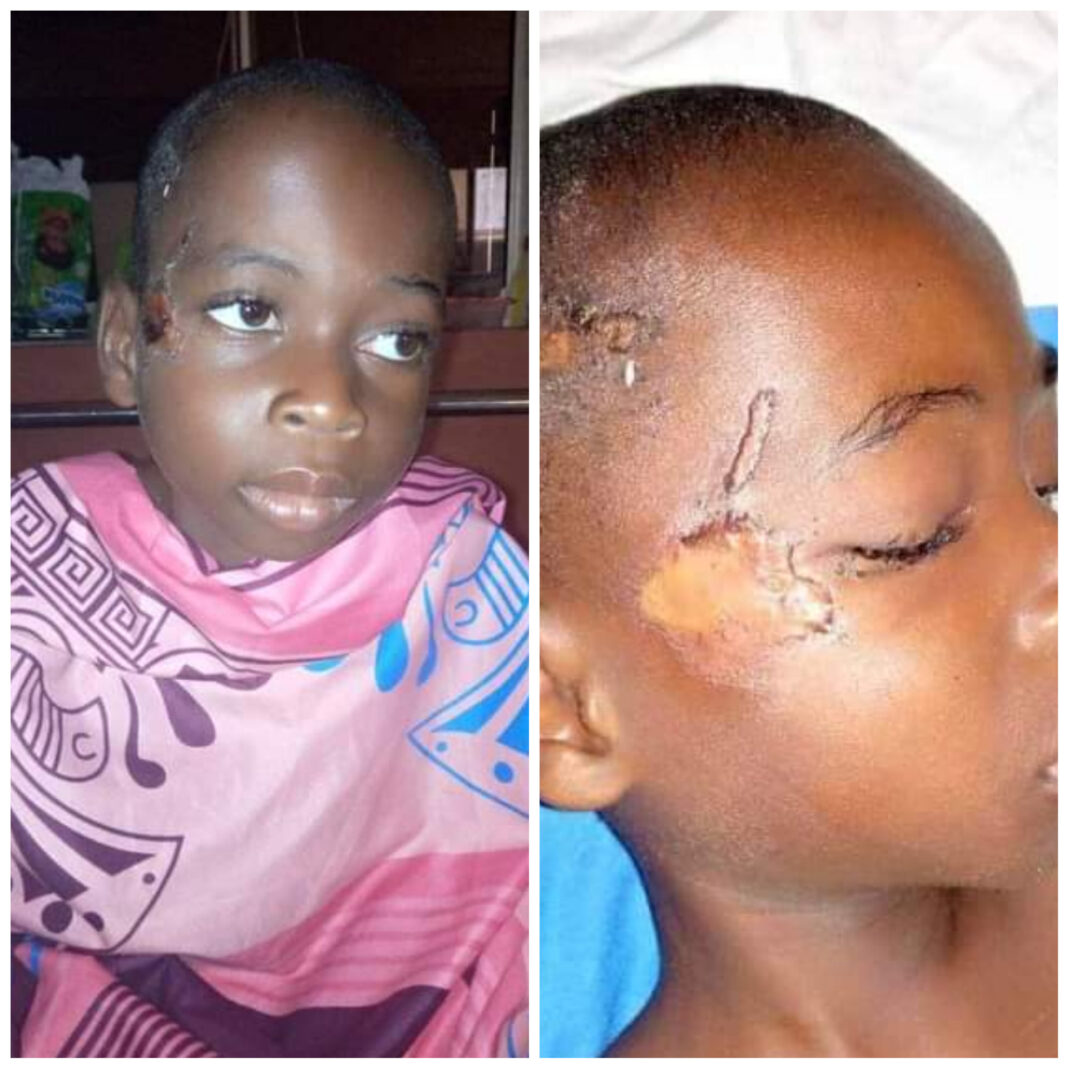 Akwa Ibom-based Danish aid worker, Anja Ringgren Loven and her team have rescued a little boy who was found naked in the bush in Eket.

According to Ms Loven, the child was brutally beaten, abused and in severe pain when he was found few days ago.

In a Facebook post on Thursday January 13, the aid worker said that the boy is also very traumatized and had not spoken a word since her husband, David rescued him.

Also Read: The Weeknd Transforms Into Elderly Man From His Album Cover For His Album Release Party (Photos)

“It has been a terrible week. A few days ago David found a little boy thrown into the bushes along side the road. The boy was not wearing any clothes. He was seriously abused and beaten,” she narrated.

David immediately called the police and took the boy to the hospital and called Land of Hope nurse Itoro to meet him there.

The boy is on constant analgesic due to severe pain. Yesterday we got the result of the x-ray taken of his leg and it shows how brutally he has been beaten. The boy is also very traumatized and has not spoken a word since David rescued him.

In an update on Friday, January 14, Ms Loven said the boy spoke a few words to the nurse who was in the hospital with him.

“Thank you so much for your constant love and support. It has such a major impact on our work. It cannot be said enough. It truly save lives.

“The child has not spoken since the rescue, but yesterday we had a breakthrough. He spoke a few words to Land of Hope nurse Itoro Gregory who is with him at the hospital. He also understands when Itoro talks to him. He is very traumatized and might not trust anyone and that is why he does not speak.

“But knowing he is with Itoro makes me so comfortable. Soon he will learn to trust. He is in the best hands with her

Due to the fracture of his leg he is on constant analgesic and this morning he was given a sleeping pill to rest as he has not slept all through the night due to severe pains.

It will be a very long healing process and when he is stronger he needs surgery. But he needs to be much more strong before he can undergo an operation. He has been tested positive of malaria, typhus and others.

We always report these cases to the police as we did when we found Saviour, Life and Victory on the street. So the cases are with the police and as long as they are investigating I cannot share more information. We will do all we can to get justice for our children.

What is important now is the little smile I see on the child´s face. Itoro is telling me that despite all his pains, he is a fighter.