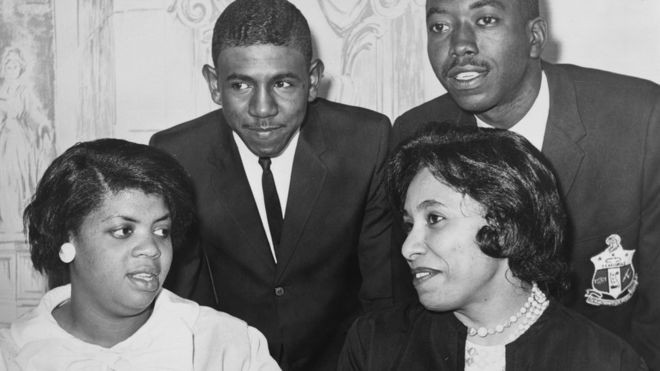 Linda Brown, whose attempt to enrol in an all-white school led to a landmark US civil rights ruling, has died at 76.

As an African-American child, Ms Brown was barred from attending an elementary school in Topeka, Kansas in 1951.

Her father became the lead plaintiff in a case by families that argued that the idea of “separate but equal” violated African-American civil rights.

The 1954 Brown vs. Board of Education Supreme Court ruling struck down legal segregation in US schools.

Despite living just a few streets away from Sumner Elementary School, Linda was turned away and told to enrol in African-American school, two miles away. As a nine-year-old, it meant crossing train tracks and getting a bus alone.

Her father, Oliver Brown, became one of 13 plaintiffs to bring a lawsuit against the Topeka Board of Education.

The case was initially struck down, but he later joined a national legal challenge by the National Association for the Advancement of Coloured People (NAACP) on behalf of families from several states.

They hoped to overturn the 1896 Plessy v. Ferguson ruling which legally sanctioned the idea of racially segregated facilities. Civil rights activists argued that it was discriminatory because African-American schools often had poorer facilities.

In a 1985 interview Ms Brown said her father took up the challenge because he “felt that it was wrong for black people to have to accept second-class citizenship”.

The NAACP case was led by lawyer Thurgood Marshall, who would later become the first black Supreme Court justice.

In 1954 the court unanimously ruled that segregated schools were “inherently unequal” and had a “detrimental effect” on African-American children.

The decision was met with resistance and change did not happen everywhere immediately.

In some states, local authorities refused to comply, which led to public confrontations such as in Little Rock, Arkansas.

In adulthood Ms Brown spoke about the difficulties of national attention so young, but continued to challenge segregation in schools into later life.

In a tweet, the NAACP called her “a hero for our nation”.

Jeff Colyer, Governor for Kansas, paid tribute to Ms Brown in a tweet.

“Linda Brown’s life reminds us that sometimes the most unlikely people can have an incredible impact and that by serving our community we can truly change the world,” he said.