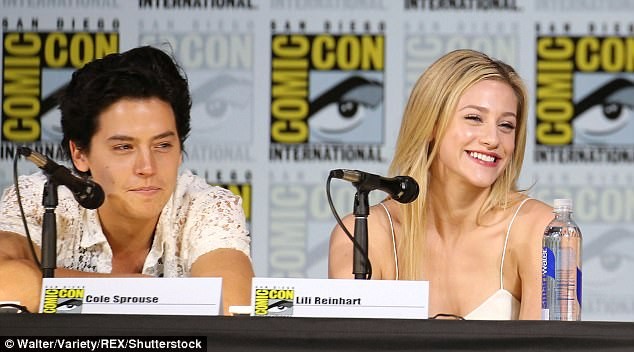 Cole Sprouse couldn’t properly celebrate his birthday without a message from the one and only Lili Reinhart!

The Riverdale actress took to Instagram Friday with a sweet note dedicated to her co-star, who E! News confirmed just weeks ago are dating.

“To the man who has showed me more beautiful places in this past year than I have ever seen in my whole life,” she wrote alongside an artistic photograph of Sprouse looking out over a city skyline. “Happy birthday, Cole. Thank you for all of the adventures and here’s to many more.”

And while it’s currently unclear how Cole will officially ring in the big 2-5, it’s probable that tight-knit cast of Riverdale has something special in store for Jughead. Filming for the next season of the popular CW series is underway in Vancouver, and earlier this week, Reinhart and Sprouse snuck away for a low-key movie date.

An eyewitness told E! News the two lovebirds were joined by Lili’s mom and one of her sisters for a nighttime showing of Baby Driver. “There was no PDA,” our source shared, “but they did whisper to each other and laughed during the movie—they were in a happy mood.”

The actors were first romantically linked after Sprouse photographed the stunning blond for a photo shoot. That, of course, led to fan speculation that the former Disney kid and Lili were more than just onscreen love interests. It wasn’t until Comic-Con 2017 that the duo threw caution to the wind and was spotted “canoodling, holding hands and kissing” at an after-party.

They’ve yet to comment directly on their budding romance, but Sprouse recently offered this to MTV News.”Lili and I play characters who are dating,” he admitted, “so just about any time she and I go out into the wilderness, it’s, ‘Oh, my God!’ Truthfully, I’m a sucker for friends, fashion and framing.”