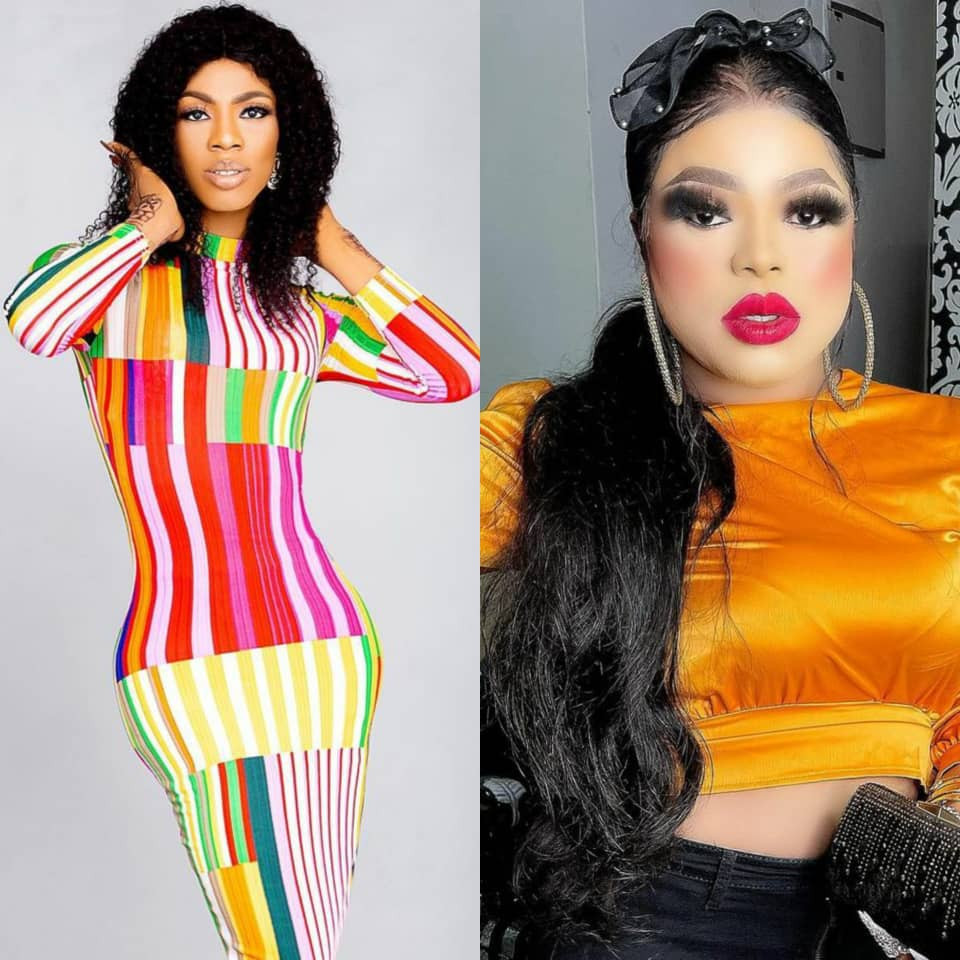 Cross-dresser James Brown has sent a birthday message to fellow cross-dresser Bobrisky, in which he attached his birthday wishes to him.

James Brown stated that Bobrisky’s birthday resolution should be “good character, etiquette, and tolerance towards good people like him.”

Referencing their infamous fallout, the cross-dresser averred that if he had his way, he wouldn’t fight Bobrisky. He also recalled how his grandmother will always say that the first person to apologize after a fight is the mature one.

James Brown concluded by wishing Bobrisky the best in life, wisdom, peace, and prosperity. See his Instastory post below…………

Also Read: Comedienne Real Warri Pikin narrates how she went ahead to marry her husband after he told her he doesn’t have a car and earns an N30k salary 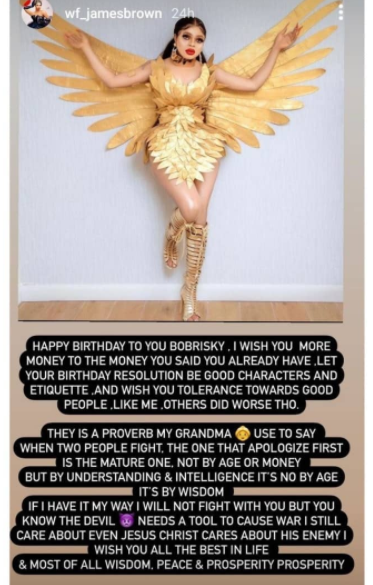