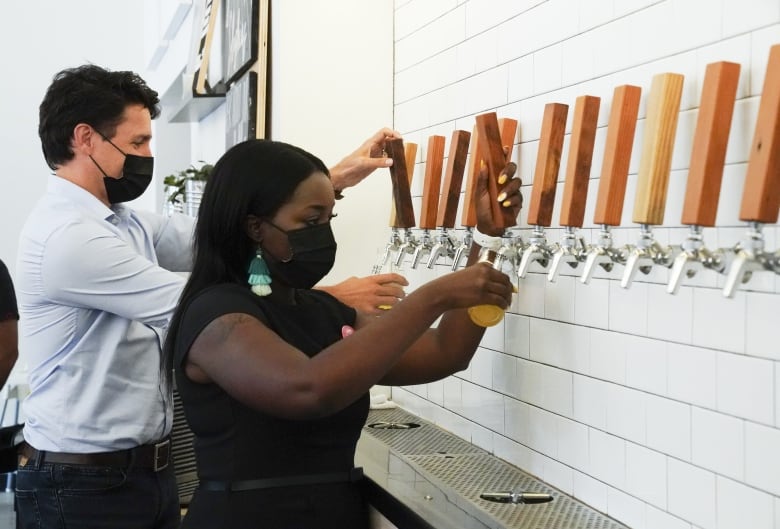 When Arielle Kayabaga returns to classes at Carleton University this fall, she might have a thing or two to teach her professors.

Kayabaga, a first-term city councillor in London, Ont., took the riding of London West for the Liberals in Monday’s federal election.

The 30-year-old MP-elect also happens to be enrolled in Carleton’s Clayton H. Riddell Graduate Program in Political Management, which bills itself as “an intensive master’s degree designed to provide a professional foundation for students who play or will play leadership roles in political offices,” among other politically focused career paths.

I’m always willing to turn it over to the expert in the room, and I’m sure this will happen with Arielle.– Stephen Azzi, Riddell Program director

Kayabaga, who received her BA in political science from Carleton and already has some backroom experience on Parliament Hill, told CBC she plans to complete the one-year graduate program on a part-time basis and has until 2024 to do so.

“My intentions are to finish it,” she said earlier this week. “I’m a single mom, so when I was in university I was raising a small child. It’s a very challenging situation to be in, but I’ve been able to do it before and I think I can do it again.”

Does she really need to? As a sitting MP, Kayabaga will be sitting at the centre of Canadian politics — a fact that has not escaped the attention of some of her professors in a program many regard as a training ground for professional politicians.

“I think it’s exciting,” Kayabaga said of her dual role as both student and parliamentarian. “I think it’s going to be a really great opportunity to do both and to be able to serve while [I’m] also still learning.”

Kayabaga’s family came to Canada after fleeing civil war in Burundi, arriving in London when she was 11. Her website says that “Arielle’s story is one of breaking barriers, overcoming adversity, and defying expectations. She is a shining example of a new type of political and community leader: progressive, unapologetic and committed to representing marginalized voices in her community.”

Stephen Azzi, director of the Riddell Program, agrees with that assessment.

“She’s a very impressive individual. She’s a real go-getter, so if anybody can pull it off it’ll be her,” he said, adding that Kayabaga is the first elected MP to be enrolled in the program.

Azzi said the program tends to appeal to political science grads who “came away a little frustrated” because their undergraduate studies turned out to be more theoretical than they’d anticipated.

“So these are people who want to get their hands dirty actually working in politics,” he said.

Azzi said when he surveys students in the program, about half of them say they’re interested in running for political office at some point in the future.

Might some professors find it a bit daunting to teach a student who’s already an MP? Maybe — but not necessarily, said Azzi.

“We do get students who have a lot of experience, and frequently when I’m teaching a class I find there’s somebody in the room who knows more about the subject than I do. I’m always willing to turn it over to the expert in the room, and I’m sure this will happen with Arielle,” he said.

“When you teach political management and you’re teaching a bunch of political experts, you become humble very quickly.”

Azzi said students in the program learn the ins and outs of campaigning, polling and policy development, so there’s something new for everyone — even a sitting MP.

Last year, Azzi got a call from a senator on the verge of retirement who was interested in enrolling in the program after a career on Parliament Hill.

“So even if you’re living and breathing it every day, you might not know everything,” he said.

Launched in 2010, the Riddell Program is named after the late Clay Riddell, billionaire founder of Calgary-based petroleum company Paramount Resources Ltd., whose generous donation to Carleton made the program possible.

It’s normally an intensive 12-month program with a 10-week summer practicum for real-world work experience, but students have the option of taking evening courses over two or three years instead. Of the 50 or so students currently enrolled, about one-third are studying part-time, Azzi said.

Classes have been held online during the pandemic, but in-person learning is gradually resuming at Carleton.

There could be another advantage to having a student in the program who’s also an MP: Azzi said classes are frequently taught on Parliament Hill, so “we need a friendly member’s office to help us book rooms, and this might be a new friendly MP’s office for us.”

Kayabaga said she’s eager to help and, if called upon, to act as a mentor to her less-experienced classmates.