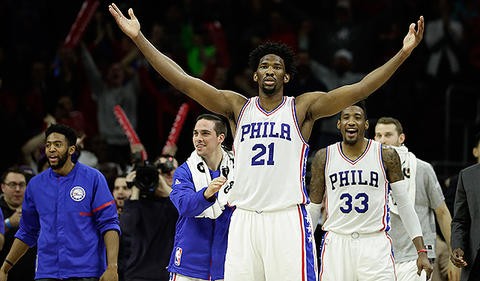 You thought the Big Baller was gonna stay quiet?!? Hell no.

LaVar Ball is coming back hard at Joel Embiid — after the NBA star fired an f-bomb at Lonzo’s dad on social media this week.

“The reason he said that … his vocabulary is limited,” LaVar told TMZ Sports.

“You gotta use cuss words when you don’t have no intellect.”

And it didn’t stop there …

“He’s not intelligent at all. He’s worried about me? He should be worrying about playing,” LaVar said … adding that Embiid has spent more time on the injury list than on the court.

Ball then dropped this gem:

There was more smack talk from the man wearing $200 ZO2 slides — plus, he even made a pitch to LeBron James to come to the Lakers.