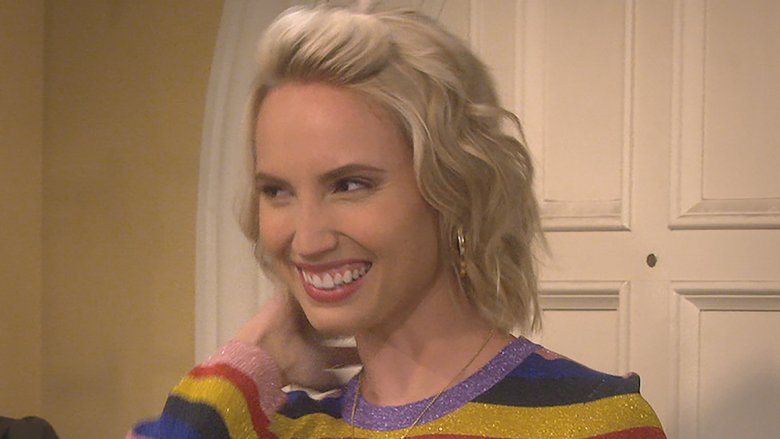 The people behind Last Man Standing definitely thought that fans would be upset after another actress showed up on screen as Mandy — or, at least, the Fox sitcom’s showrunner and executive producer Kevin Abbott did.

Speaking to Entertainment Weekly in an interview published on Oct. 1, 2018, Abbott revealed that he and his team “fully expected” there to be backlash to having actress Molly McCook take on the role of Mandy, the middle daughter of Tim Allen’s character.

Previously, Molly Ephraim had played the part, but, after the show was canceled by ABC, she took on other obligations that left her unable to reprise her role. So, with Ephraim — who’s since acted in Brockmire, Halt and Catch Fire, and Casual — unable to rejoin the series, Last Man Standing producers had to look for someone else to fill her shoes. “[Ephraim’s] a big part of who we were. But [it’s] exciting for us to look around and see who we can get to play that character,” executive producer Matt Berry shared back in August 2018 (via TVLine). “We want someone to come in and not play Molly Ephraim. We want somebody to come in and play Mandy. We’ve seen a lot of great actresses.”

Enter Molly McCook, an actress who’d previously starred in The Bold and the Beautiful, Guidance, and The Ranch.

But fans haven’t been so accepting of McCook into the Baxter family for the show’s seventh season. As noted by Country Living, they simply believed that McCook wasn’t acting true to Mandy’s character. “The replacement for Mandy on last man standing is very forced if she can’t be in the show just don’t have the character,” one Twitter user wrote. Another fan commented, “I love that @LastManStanding is back on, but I want the real Mandy back!”

As noted by the magazine, another Last Man Standing fan stated that the shock of seeing Mandy played by another actress might have been eased if the show had the blonde McCook wear a dark wig, as Ephraim’s Mandy had had dark hair.

Last Man Standing producers had suspected that fans might not react so positively to seeing McCook in Ephraim’s place. “You don’t take a character played by an actress that’s beloved and suddenly switch them out,” Abbott explained to EW. “I’m glad they missed Molly Ephraim, that’s a good thing. And they’re going to go through the same process we did in casting.”

And he noted that the show’s staff “had some fun” when writing McCook’s introduction into the series, given how different she looks from Ephraim.

Abbott added that he hopes that viewers will soon start to appreciate McCook’s take on Mandy. “She’s not doing an imitation of Molly Ephraim playing Mandy, she’s playing Mandy her own way. We put her in a tough situation in that first episode she’s replacing a beloved actress and we have her in opposition of Mike and Eve who are very well loved obviously,” he said. “We had to do that for the story but she’s not going to be in opposition to Mike in the upcoming episodes and hopefully they can see her shine.”

Interestingly, Ephraim wasn’t the only one of the show’s stars to be replaced by another actor. As noted by TV Guide, Boyd — the grandson of Tim Allen’s Mike Baxter — will be played by Jet Jurgensmeyer instead of Flynn Morrison. To Parade magazine, Allen explained that Morrison’s family wanted him to “get into a normal school situation,” so, in order to deal with his absence, the series will instead follow a slightly older Boyd, played by Jurgensmeyer.

Regarding the actor change for both Boyd and Mandy, the former Home Improvement star noted, “It’s a daunting task to replace characters that we love and adore,” adding, “I come from the acting side of it: I’ve been replaced. It’s very difficult for the actor part of me.”