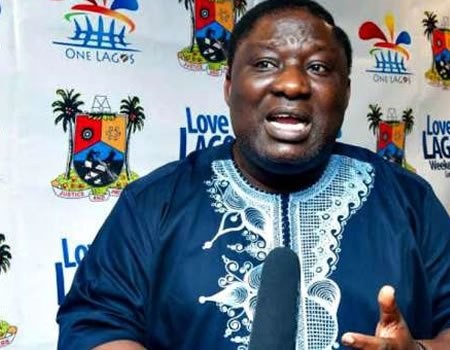 Chairmanship candidate of the All Progressive Congress, APC, in Agege Local Area of Lagos State, Alhaji Abdulganiyu Kola Egunjobi, announced today that if he is elected he will use his salary to improve the lives of children and youth living in the area.

Abdulganiyu Kola Egunjobi
Egunjobi popularly known as “Egun,” made the promise when he undertook a house-to-house campaign. He said as a middle aged man the welfare of youth would be central in his developmental agenda by putting in place schemes that would impact positively in their lives.

“If I win, half of my monthly salary for years will be used to support projects that would take most of our youth out of the streets and become better citizens.

“People would agree with me that one of our major problems in this community is youth restiveness and i promise to bring an end to it by creating opportunities for empowerment of individuals in all fields of human endeavour.

“Pledging my salary does not require any political power. It’s a simple thing to do and it will make sure every youth in Agege gets a life,” Egun said.

The Chairmanship candidate says he found out that due to the background of the average person in the community, majority have great psychomotor skills saying his plan is to partner with organisations and professionals within and outside the country in the areas of technical and vocational skills acquisition, sports, music and Nollywood to harness their talents.

“Agege is abounds with talents, especially in music, and we need to nurture it. The late Ayinla Omowura aka Egunmogaji, used to be one of us. Few years back, hip-hop artiste Tope Adekunle better known as Small Doctor was an Okada rider at PenCinema and was living here in Pero-Otubu. We all witnessed the story of the bread seller turned model, Olajumoke Orisaguna, who was discovered here while hawking her wares.”

The candidate said Agege would witness its fair share of development to bring positive change in the lives of people under his administration.

According to him, “I plan to build an ICT centre to build youth capacity in information technology, and also an entrepreneurial centre. Through ICT youth now know more than their parents and with internet they are global actors taking action on things that matter to them on a scale that transcends their locality.”