A young woman resident in Port Harcourt has accused officers of the Nigerian Police Force of brutally assaulting her in Ariaria, Abia state.

Chinkata Uche Tina said she urgently needed to travel to Enugu from Port Harcourt and planned to return early on the same day in order to escape the Abia curfew. However, on getting to Aba en route to Port Harcourt, she and other travelers were arrested and beaten by police.

She said: “They gave me the hottest slap and beaten I’ve never received in my life. I can’t even hear well nor feed with my mouth.” 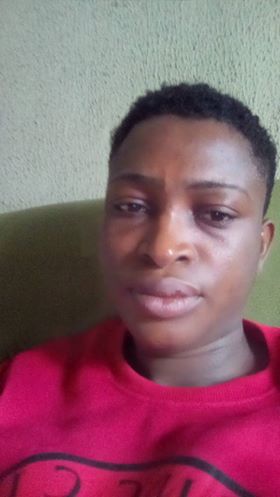 Chinkata shared photos of the injuries she sustained during the incident and said she, together with other travelers, was detained till morning.

Read her story below. 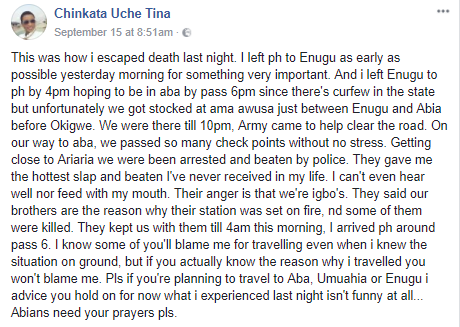 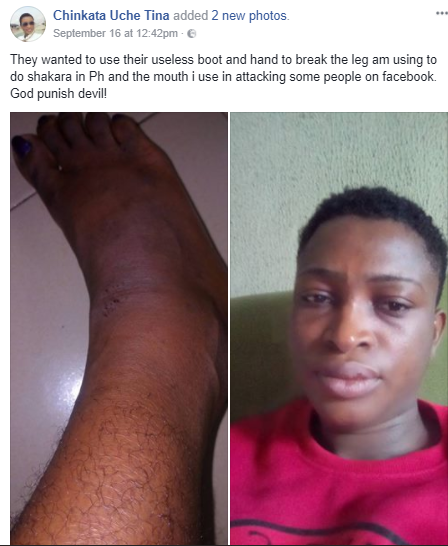 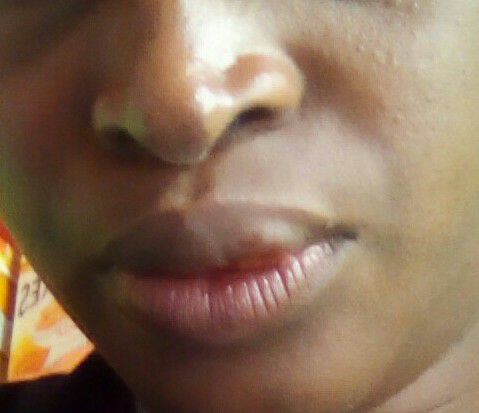