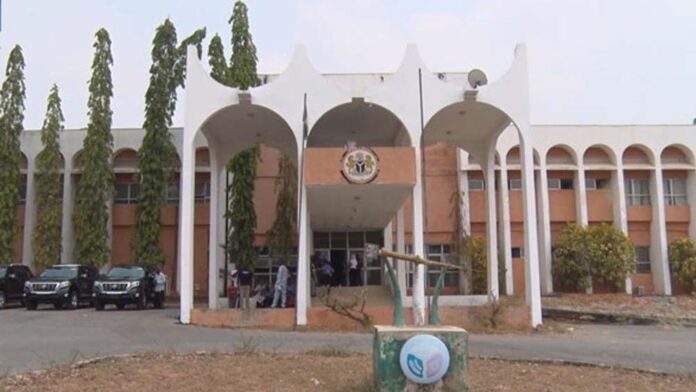 The Kogi State House of Assembly has directed the Commissioner of Police to stop Dangote Coal, a subsidiary of Dangote PLC to desist from its operations in Olamaboro and Ankpa Local Government Area of the state respectively.

Speaker, Kogi State House of Assembly, Mathew Kolawole gave the directive on Wednesday during a public hearing on the activities of Dangote Group of Company in the state.

He also directed the State Commandant of the Nigerian Security and Civil Defence Corp, (NSCDC) to ensure that the directive is implemented with immediate effect pending when the ad hoc committee on revenue clarifies some grey areas.
Also read: NCC Commits To Bridging Digital Gender Divide As Danbatta Bags ‘Icon Of Digital Revolution Award’

The Speaker, while lamenting the environmental damages caused by mining activities in Kogi by Dangote Group of Companies and its subsidiaries, said the organization is making billions of naira from the state but has failed to give back to the state from what they are generating.

The Speaker claimed it was not the first time the Kogi State House of Assembly had extended invitations to the company but it had continuously failed to honor it.

Kolawole, noted that the Assembly was on a fact-finding mission to know at what time the Obajana Cement Factory changed to Dangote Cement PLC.

Also, the House, according to the Speaker sought to know when the 10 percent state government-owned share was transferred to the company.

He also hinted that the Assembly intends to ascertain the Certificate of Ownership and many more of the company operations in Kogi State.
Also read: #BBNaija: Phyna, Bella, Sheggz Fight Dirty

The House, however, ordered the management of Dangote groups of Companies to reappear before the House on Monday, 26th September 2022 for further investigations on the organization.
Also read; ‘Hushpuppi No Wear Cloth Reach Me’ – Singer, Portable Brags

The representatives of Dangote Group of companies in Kogi State, External Solicitor, Liman Salihu, General Manager Logistics, and Special Duties, Ademola Adeyemi, and General Manager Administration, Adinoyi Haruna were in the Chambers to make presentations on behalf of the company.