Killing of another youth by Ebubeagu: Gov. Hope Uzodinma must go – Group 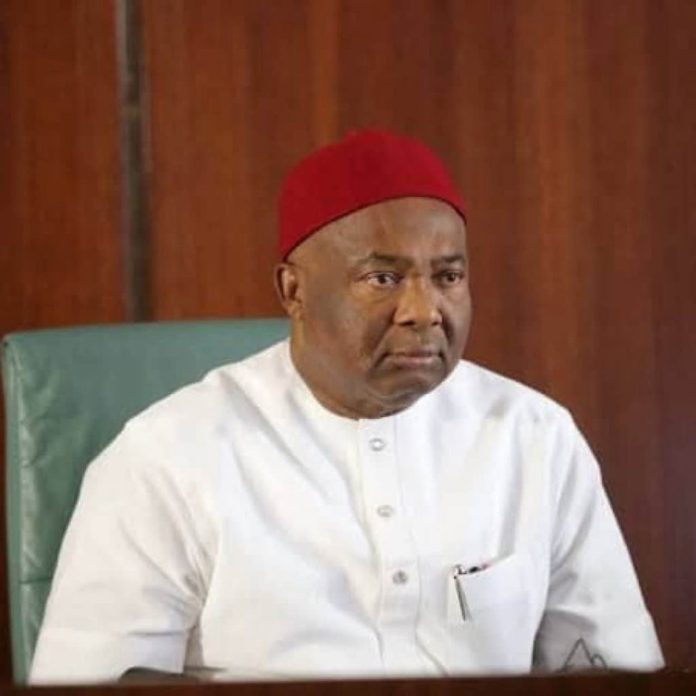 The Coalition of South East Youth Leaders, COSEY, has asked Governor Hope Uzodinma to resign over the killing of another youth by Ebubeagu security at Umuajioma village of Oguta Local Government Area in Imo State.

The youth group while condemning the ugly development said, the level of impunity and killings of Imo youths by agents of the state government will not be entertained, insisting that Governor Uzodinma ‘Must Go’.

COSEY stated this in a release made available to DAILY POST by Goodluck Ibem, the President General of the group on Monday in Owerri, Imo State.

Recall that there was a protest in Amaeshe, Oguta 1, in the Oguta Local Government Area of Imo State on Sunday after Ebubeagu security operatives shot dead 25-year-old Kelechi Ogbonna.

The killing of the undergraduate sparked protest in the areas even as the suspects in a bid to escape injured other youths who had been hospitalized.

Reacting further, the group said, “We condemn in strongest terms the killing of another youth by illicit state militia group Ebubeagu security at Umuajioma village of Oguta Local Government Area in Imo State for protesting against the presence of illicit Ebubeagu in their community.

“The protest which is their lawful right as enshrined in the constitution of Nigeria and international charter on human rights to reject what they don’t want in their community.

“The killing of these youths by the same state militia Ebubeagu is the height of wickedness taken too far.

” In the past 2 years, thousands of innocent Imo youths have been killed under the pretence of fighting unknown gunmen in the state.

“It is very sad and unfortunate that Imo State that parades highly respected and high profile academia in Nigeria and globally has been reduced to a level where an unlawful group will be operating freely killing innocent youths with reckless abandonment. Chai who did this to us.

“The state government told us that it was the DSS that killed the innocent 21 youths at Awo Ommamma thereby denying the presence or existence of Ebubeagu in Imo State.

”We now ask the State Governor, Senator Hope Uzodinma, is it DSS that also killed the innocent youth at Umuajioma village of Oguta LGA?.