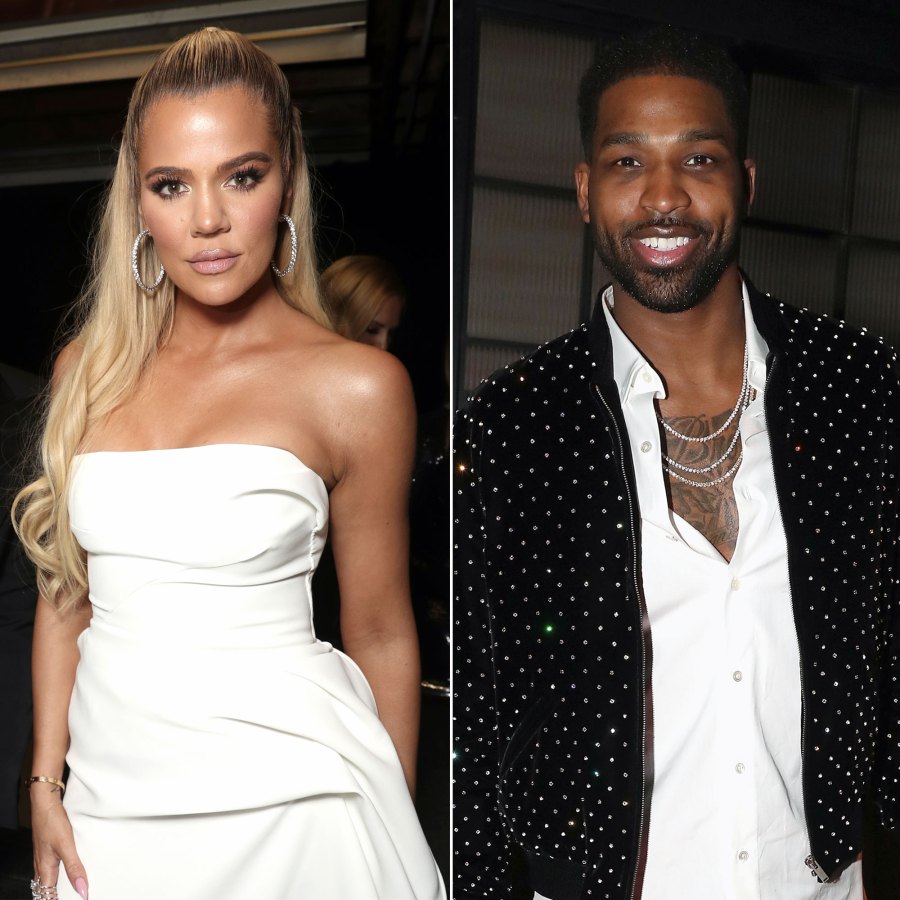 Letting it out. Khloé Kardashian posted a series of cryptic messages via Instagram Stories less than a week after Tristan Thompson cheated on her with Kylie Jenner‘s best friend Jordyn Woods.

A Timeline of Tristan Thompson and Jordyn Woods’ Cheating Scandal 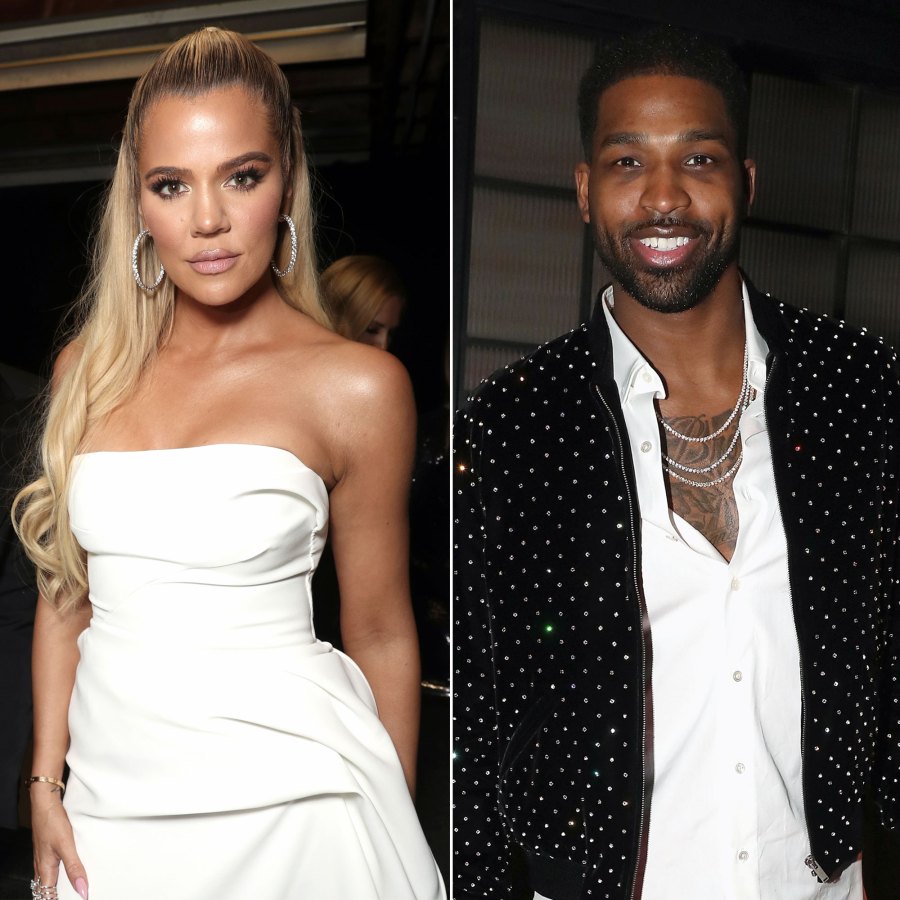 “Don’t let shame keep you from asking for the support you want. Suffering is done in silence, end it with speaking up,” read the first of Kardashian’s posts on Saturday, February 23. “Everyone has a dark chapter. Make your shadows go away by shining light on yours. Find the encouragement and the strength needed to face the sun. Remember clouds are always temporary. Believe it gets better.”

The Strong Looks Better Naked author, 34, followed up shortly after with a less subtle message: “We have to accept that some people are really f–ked up and it’s not our job to heal them.” 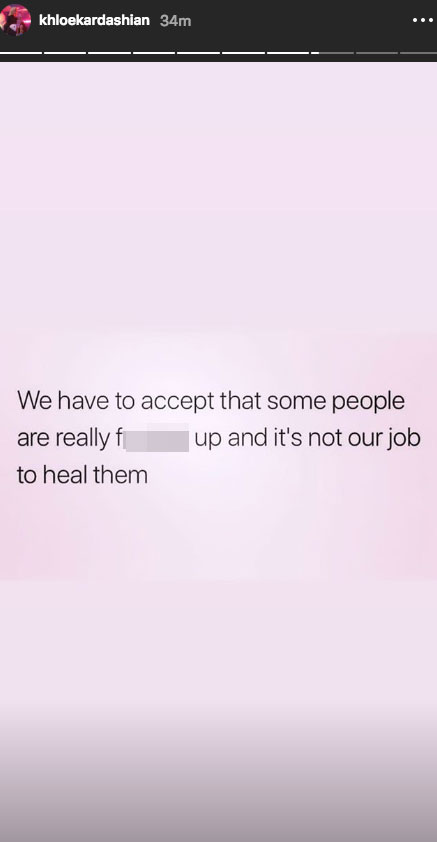 The last piece of the Keeping Up With the Kardashians star’s Saturday morning notes said: “The most beautiful people we have known are those who have known defeat, known suffering, known struggle, known loss and have found their way out of the depths. These people have an appreciation, a sensitivity and an understanding of life that fills them with compassion, gentleness and a deep loving concern. Beautiful people do not just happen.”

This trio comes six days after Thompson, 27, hooked up with Woods, 21. One source exclusively told Us Weekly that the NBA pro was seen “making out” with the model at a party on Sunday, February 17.

A separate source divulged to Us that the Good American founder confronted the athlete when she heard about his infidelity from a family friend on Monday, February 18, and he “admitted it was true.” She then ended their two-plus-year relationship and told her youngest sister, 21, the news.

Another insider told Us, “When Khloé confronted Jordyn, at first she denied it … but then she admitted it.”

Every Rapper and Athlete Khloe Kardashian Has Dated

Kardashian, who has since unfollowed Woods on social media, escaped the drama with a girls’ trip to Palm Springs with sisters Kim and Kourtney, as well as best friend Malika Haqq.

Thompson was previously caught cheating on the Revenge Body host with multiple women in April 2018, just days before she gave birth to their daughter, True.