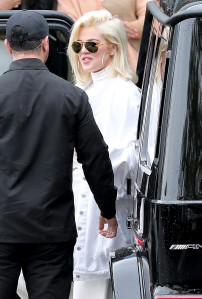 Ready for a distraction? Khloé Kardashian stepped out on Tuesday, February 19, shortly after news broke that her boyfriend, Tristan Thompson, cheated on her with Kylie Jenner’s best friend Jordyn Woods.

The 34-year-old reality star rocked all white and dark sunglasses during her outing to brother-in-law Kanye West’s office in Calabasas, California, with sister Kourtney Kardashian. Earlier on Tuesday, the sister duo posted on Instagram about her morning workout with her big sister. 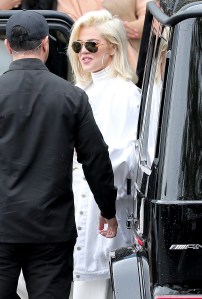 Multiple sources confirmed to Us that Kardashian and Thompson, 27, who share 10-month-old daughter True, called it quits after the NBA pro was seen “making out” with Woods, 21, at a house party.

“They aren’t speaking,” one source told Us.

Another source told Us at the Revenge Body host is “completely devastated” by Thompson and Woods’ actions. “This is out of character for Jordyn and no one expected this to happen,” the source said. A third source added that Kardashian “loved” Woods, who modeled for Good American in the past, “before this.”

Kardashian reacted to the scandal on Tuesday by posting multiple speaking head emojis on an Instagram post by The Hollywood Unlocked, which was the first to report the news. The Keeping Up With the Kardashians star’s friends Malika Haqq and Larsa Pippen also commented on the post, writing, “STRONG FACTS” and “Amen!!!,” respectively.

Thompson seemingly reacted to the accusations by tweeting — and later deleting — “FAKE NEWS.” Woods, for her part, has yet to comment on the scandal.

This is not the first time that Thompson has made headlines for being unfaithful to Kardashian. Back in April 2018, Us confirmed the Cleveland Cavaliers star cheated on his then-girlfriend with several women during her pregnancy.