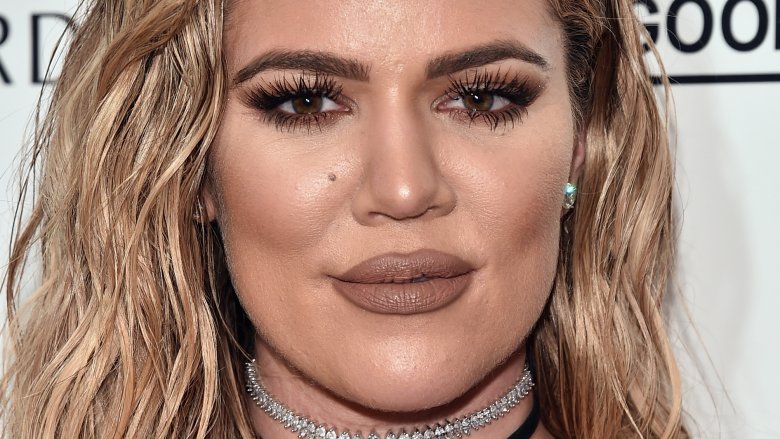 On Saturday, June 2, 2018, the Keeping Up With the Kardashians star took to Twitter to react to her brother-in-law’s latest output, Ye. The seven-track record, which was released just the day before, contains a reference to her boyfriend Tristan Thompson’s cheating scandal.

In his new song, “All Mine,” the 40-year-old rapper notably slammed the basketball pro with the lyrics, “All these thots on Christian Mingle / That’s what almost got Tristan single / If you don’t ball like him or Kobe / Guarantee that b**ch gon’ leave you.”

According to Us Weekly, fans previously thought Kardashian was throwing shade at West in the wake of the diss with a Snapchat video posted on Friday, June 1. In the clip, the Revenge Body star spoke to her followers about her workout motivation as Taylor Swift’s song “Delicate” played in the background. The rapper and Kim Kardashian have, of course, infamously feuded with the pop star in recent years.

As Nicki Swift previously reported, Kardashian, 33, and Thompson, 27, welcomed their daughter, True, days after the Cleveland Cavaliers star was caught on video allegedly cheating on her in mid-April 2018. Although several infidelity reports have since come out, the proud parents, who have been together since October 2016, have yet to publicly comment on the matter.

However, the new mom, who will be moving back home to Los Angeles soon, recently clapped back at a Twitter troll’s claim about their complicated relationship. The commenter in question wrote, “A year from now @khloekardashian will be over all of this and feeling salty for her super passive IG posts. She’s just in the stage of ‘but I love him!’ Until then, let her pretend he’s changed and they’ll be a happy family. #WednesdayWisdom.”