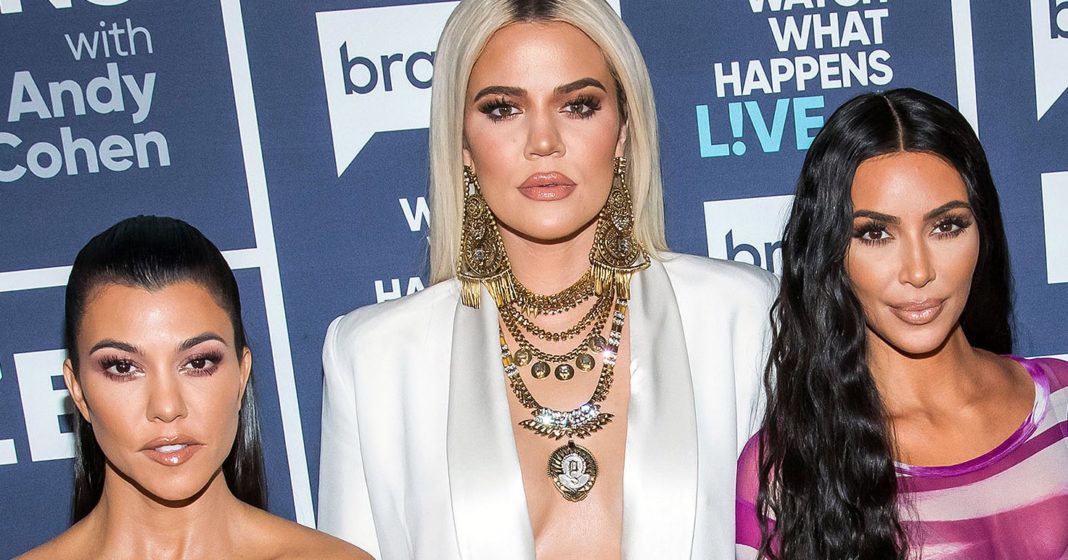 Khloé Kardashian looked somber as she headed to church with her family, including sisters Kim and Kourtney Kardashian, on Sunday, March 3, a day after she publicly slammed her cheating ex Tristan Thompson.

The Strong Looks Better Naked author, 34, was dressed in white and didn’t crack a smile as she was spotted outside the service with Kim and her husband, Kanye West, and Kourtney and half-sister Kendall Jenner.

The outing came a day after Khloé took to Twitter to slam the Cleveland Cavaliers player, 27, after he cheated on her with Kylie Jenner’s best friend Jordyn Woods.

“This has been an awful week & I know everyone is sick of hearing about it all (as am I). I’m a rollercoaster of emotions & have said things I shouldn’t have,” she tweeted on Saturday, March 2.

“Honestly, Tristan cheating on me & humiliating me, wasn’t such a shock as the first time,” she added, referencing Thompson’s infidelity last year, when he cheated on her with multiple women while she was pregnant with their daughter, True. She learned of his betrayal two days before she gave birth in April.

“What’s been harder & more painful is being hurt by someone so close to me,” she continued. “Someone whom I love & treat like a little sister. But Jordyn is not to be blamed for the breakup of my family. This was Tristan’s fault.”

She concluded, “I have to move on with my life & count my blessings, my family, my health, & my beautiful baby True.”

Multiple sources confirmed to Us Weekly at the end of February that Thompson cheated on his girlfriend with Woods, 21, at an L.A. house party. Kardashian broke up with the NBA player after she confronted him and he admitted it, an insider told Us.

She also questioned Woods about it and the model subsequently moved out of Kylie’s house.

Woods spoke about what had happened with Thompson during an interview with family friend Jada Pinkett Smith on Red Table Talk on Friday, March 1. She denied sleeping with the athlete but did admit that he kissed her.

Khloé hit back at Woods on Twitter after the interview was released.

“Why are you lying @jordynwoods ??” she asked on Friday. “If you’re going to try and save yourself by going public, INSTEAD OF CALLING ME PRIVATELY TO APOLOGIZE FIRST, at least be HONEST about your story. BTW, You ARE the reason my family broke up!”

She later added, “Tristan is equally to blame but Tristan is the father of my child. Regardless of what he does to me I won’t do that to my daughter. He has been addressing this situation PRIVATELY. If Tristan were to lie publicly about what conspired, then yes I would address him publicly as well.”

Scroll down to see pics of Khloé’s church outing with her family.