Katy Perry got emotional during a therapy session broadcast online Friday as she discussed her personal struggles.

The singer has been live-streaming herself—at meetings, at yoga class and even sleeping—on YouTube over the past week to promote her new album Witness, which dropped that day.

On Friday, she met with Siri Sat Nam Singh, a licensed therapist who appears on Viceland’s The Therapist, and talked about how she used to have suicidal thoughts and wrote a song about referencing them—her 2013 track “By the Grace of God.”

“I feel ashamed that I would have those thoughts, feel that low and that depressed,” she said in the live-streamed therapy session.

“You can be right or you can be loved,” she added. “I just want to be loved.”

“By the Grace of God” was inspired by her feelings about her and ex-husband Russell Brand‘s breakup.

“That song is evident of how tough it really was at a certain point. I asked myself, ‘Do I want to endure? Should I continue living?'” Perry told Billboard in 2013. “All the songs are real-life moments.” 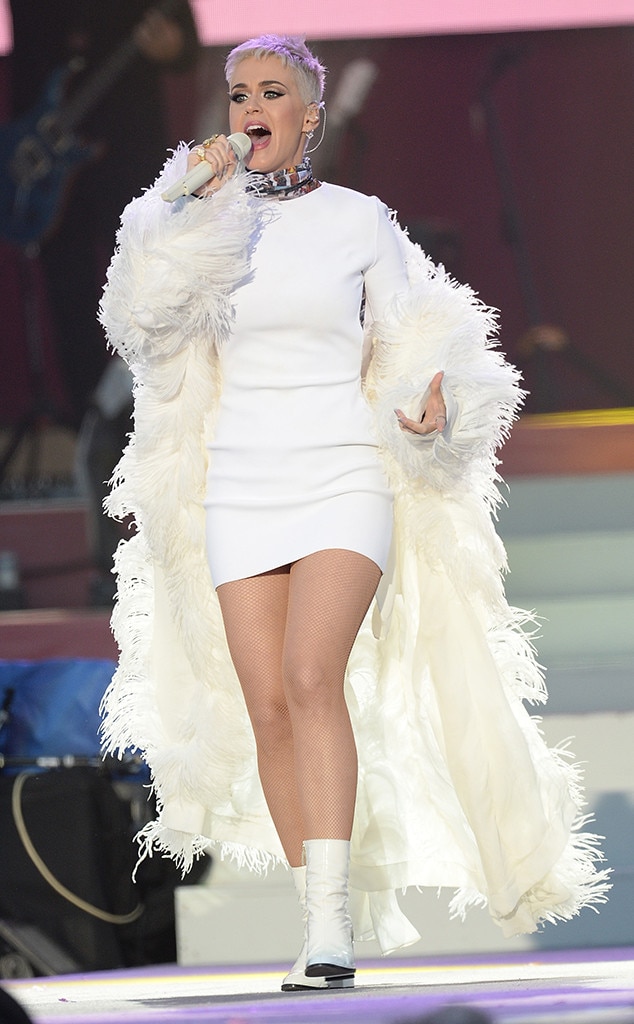 Perry, who was born Katheryn Hudson, also talked to the therapist about her private and public image.

“People talk about my hair, right, and they don’t like it, or they wish that it was longer,” she said. “I so badly want to be Katheryn Hudson that I don’t even want to look like Katy Perry anymore sometimes, and that is a little bit of why I cut my hair.”

“I’m a bit more nerdy than everybody thinks I am,” she added. “I’m a big goofball. The fantasy of Katheryn went into Katy and made this bigger than life personality.”

She also talked about her connections with others, saying how she had recently said on her live stream that she “just learned how to hug.”

“I always thought it was like, you know, too intimate, like a sexual thing,” she said. “Like, a hug is a sexual thing—someone’s gonna feel my boobs or something like that. And I didn’t realize that that’s not everybody’s intention. It’s just a hug. It’s just to like, connect. So I just learned that.”