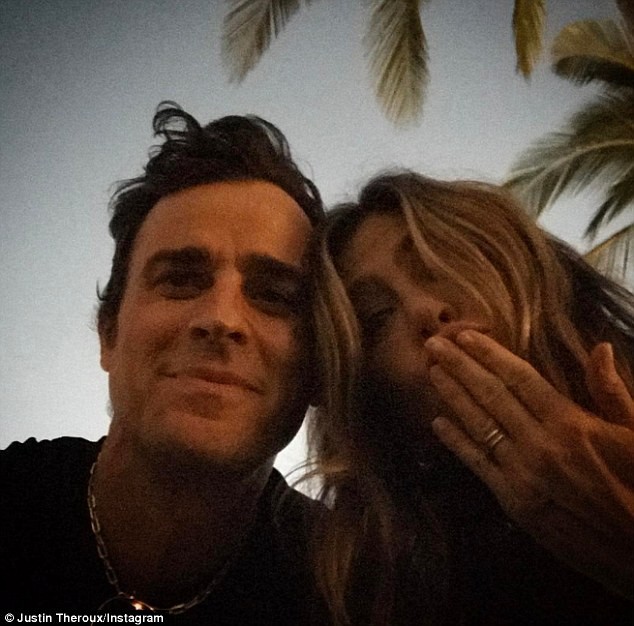 Even if you’re world famous, there’s nothing better than love—and that’s just what these two have.

Justin Theroux took to Instagram today to ever so subtly pay homage to his superstar wife of two years, Jennifer Aniston, on the couple’s second anniversary. The intimate image shows the 45-year-old at a profile while his 48-year-old lady love kisses him on the cheek. It’s tender without being overly sappy. It’s the image of a husband and wife showing each other affection.

The photo had a simple caption (because a picture is worth a thousand words), which consisted of a heart emoji and a peace sign emoji, likely a reference to their two years together.

The very private star, who is in the very public relationship, rarely takes to social media to post anything from his marriage, but today was a break from the norm. The Girl on the Train actor hasn’t posted anything of his wife since Feb. 11, which is her birthday. Prior to that post, he didn’t post any image of her for over year; he shared a photo of the former Friends star looking out the Eiffel Tower on Feb. 14, 2016.

Needless to say Justin’s not all about posting a plethora of images of the wildly famous woman in his life, but it’s clear that he’s wild about her.

In a recent interview the Leftovers star said that the second anniversary was the “cotton anniversary” and joked he’d be getting his superstar lady a “bag of cotton.”

Let’s hope he thought of something a little more romantic…

Most of the guests were totally surprised that the two wed, as the whole thing was a surprise to guests. They thought they would be attending a birthday party for Theroux, whose birthday is on Aug. 10. Stern said on his SiriusXM radio show The Howard Stern Show that he was one of the few guests who knew the secret because he he was asked to do a wedding toast.

That’s not all they are; the couple is so adorable. Check out some of their cutest photos over the years.