Five transfer swaps that might work: Aguero to Arsenal, Sanchez to City? 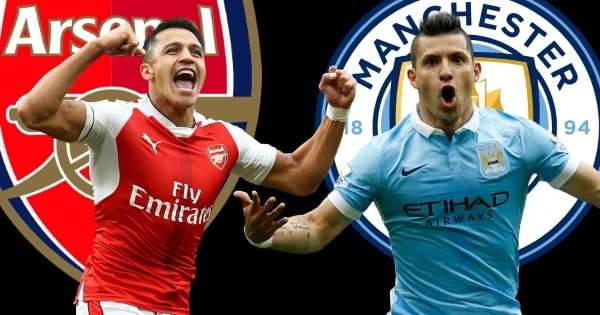 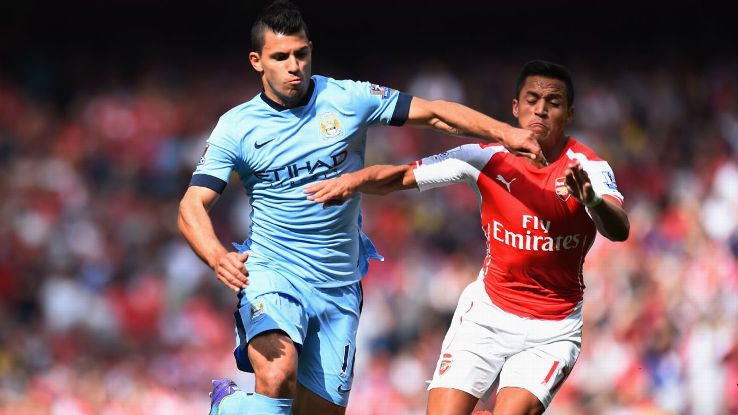 Aguero would be the main man at Arsenal while Sanchez fits Man City’s plan. Why not swap the duo?

Direct transfer swaps never ever happen in football, although they’re often mooted. But what if they did? What if there was a matchup of personnel so perfect for each side that it made too much sense not to do it?

Here are five exchanges that we think could work nicely for everyone involved.

In some situations, it would seem that nobody is happy. Alexis Sanchez clearly isn’t delighted with his lot at Arsenal, be that with the team’s consistent failure to challenge for the league title or with his remuneration. Arsenal clearly aren’t happy that Sanchez’s contract only has a year to run, while he shows little sign of extending it.

In Manchester, Sergio Aguero cannot be happy at the suggestion he is Pep Guardiola’s second-choice centre-forward. Clearly, Guardiola isn’t entirely happy with Aguero, his style of play not quite meshing with the Argentinean’s. So what better way to solve things than with a swap?

Sanchez will be with a genuine contender whose play suits his own and Guardiola will have a forward more in his image. Aguero will be at a club where he is the main man, the top dog, the major domo, and Arsenal will have the genuine, bona fide, unquestionable world-class centre-forward they haven’t had in years. It seems so simple when you put it like that.

David de Gea’s move to Real Madrid has felt somewhat inevitable even from the day he signed for Manchester United. De Gea himself clearly thinks so too, and it was a move that was close to happening back in 2015 even if that apocryphal fax machine tale doesn’t really stand up. Nevertheless, it’s clear that Real would still want him, and in all probability he still wants Real.

Meanwhile, Jose Mourinho has spent much of the summer chasing a winger who can run and run, a part-workhorse part-flair player, the sort that can fit into a couple of different systems. Ivan Perisic has seemed to be the preferred choice, but why not go for a better player with extensive experience in the Premier League … like Gareth Bale, for example?

An exchange of two players in different positions would leave holes in both teams, but would strengthen both, too.

Just as Diego Costa’s transfer from Atletico to Chelsea a few years ago almost felt too obvious, his move back is equally logical and it’s only the complications over the Spanish side’s transfer ban that have kept it from happening.

Atletico are not exactly flush with cash, which could be another reason for the move’s delay, but what they do have is a collection of fine players, toughened up and with the rough edges not exactly smoothed over but made an asset by Diego Simeone. And as, after the departure of Nemanja Matic and Nathaniel Chalobah, weirdly Chelsea suddenly look a little light in central midfield, who better than one of the Europe’s most exciting midfielders, Saul Niguez, to go in the opposite direction to Costa?

Granted, Niguez recently signed a nine — nine! — year contract in Madrid, so might take some persuading to leave, but the promise of a silo full of cash and the chance to play with N’Golo Kante should go some way to changing his mind.

There has been much talk about Tottenham’s transfer policy this summer, or perhaps lack thereof. But there does seem to be a certain inevitability about how it will end: Daniel Levy will initially refuse to pay the large fee demanded for Ross Barkley, a fee that Everton are supposedly holding out for despite publicly stating that he wants to leave and his contract is up next summer anyway.

Everton will eventually become desperate, and drop the price just enough to be acceptable to Spurs, and Barkley will move to Spurs for about £40 million on Aug. 31. So why don’t we all just drop the charade and speed this hoopla along a little bit? Let’s send Barkley south, and Moussa Sissoko north. Everton, after all, wanted the Frenchman last summer before he stopped answering his phone and rocked up at White Hart Lane instead. And he can’t be quite as bad as he looked a lot of the time for Tottenham … can he?

Well these can’t all involve players. In some respects it’s quite surprising that Unai Emery is still Paris Saint-Germain manager: the combination of the Champions League choke against Barcelona and losing the Ligue 1 title to Monaco seemed to suggest he was done in Paris, but he remains.

Logic also states that Arsene Wenger’s time at Arsenal is over, and has been for some time: no hard feelings, thanks for all the trophies but time to try someone new. Why could that someone not be Emery, a young and energetic coach with fresh ideas who can shake things up at Arsenal without completely tearing the walls down? Meanwhile Wenger doesn’t have to shuffle into the retirement he seems so deathly afraid of, while PSG get a manager whom they have asked a number of times to take their helm in recent years.

It’s tough to see a downside for anyone in this one.

Nick Miller is a writer for ESPN FC, covering Premier League and European football. Follow him on Twitter @NickMiller79.