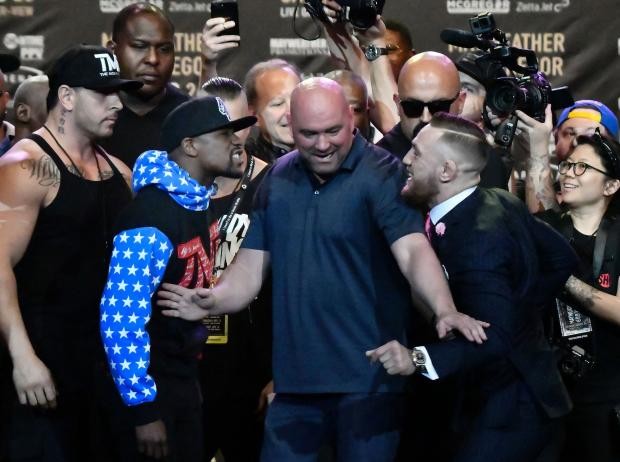 Justin Bieber Floyd’s My Boy, But … He Ain’t KO’ing McGregor!

Mayweather told the media last week he’s gunning to finish the UFC star long before the 12th round when they clash on August 26. Tons of boxing experts are also predicting a K.O.

The singer hit up Runyon Canyon for his own workout when he poo-poo’d the knockout talk — though it’s clear he’s still pickin’ Floyd to get the W.

Bieber’s been hardcore Team Mayweather for years — and even walked the boxer into the ring for the Pacquaio fight.