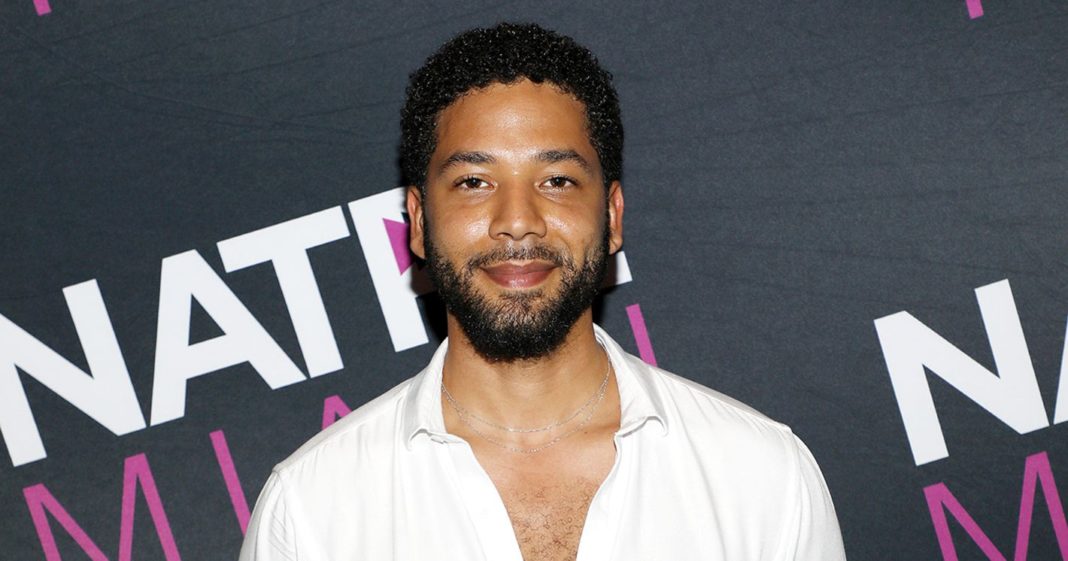 Chicago police have identified potential persons of interest one day after Jussie Smollett was hospitalized following a suspected homophobic and racial attack.

“Chicago Police detectives have located a surveillance camera that shows potential persons of interest wanted for questioning in reference to the assault and battery of an Empire actor,” Chicago Police Department spokesman Anthony Guglielmi said in a statement Us Weekly on Wednesday, January 30. “A community alert with photos is being constructed and will be disseminated shortly.”

Guglielmi confirmed to Us on Tuesday, January 29, that the 35-year-old actor was attacked in Chicago in a “possible hate crime.”

“The offenders began to batter the victim with their hands about the face and poured an unknown chemical substance on the victim,” Guglielmi told Us, noting the two people yelled out “racial and homophobic slurs toward him.”

He added: “At some point during the incident, one of the offenders wrapped a rope around the victim’s neck.”

CBS News reports that Smollett still had a noose around his neck after police arrived at his apartment. Officers also reportedly smelled bleach on his clothes.

While Smollett has yet to publicly speak out regarding the attack, numerous celebrities sent him love and support, including his Empire costars Terence Howard and Taraji P. Henson.

“You know, he’s angry, but I know Jussie,” Howard said on Good Morning America on Wednesday. “Jussie’s anger will dissipate and he will forgive these people for what they did. But he won’t — and we cannot — forget their actions. They have to be forgiven because it was done out of ignorance.”

Henson, who plays Smollett’s mother on the Fox series, condemned the attack via Instagram.

“I wish what happened to my baby was just one big bad joke but it wasn’t and we all feel his pain right now,” she wrote. “@jussiesmollett is pure love to the bone AND THAT IS WHY SO MANY ARE FEELING HIS PAIN BECAUSE IT IS OUR PAIN!!! I tell you one thing HATE WILL NOT WIN!!!! My baby is resilient and love still lives in him. The devil and his minions are very busy right now but one thing is for sure and two things are for certain #GODIS and that is all I know.”