Puma is releasing self-lacing smart shoes to take on Nike 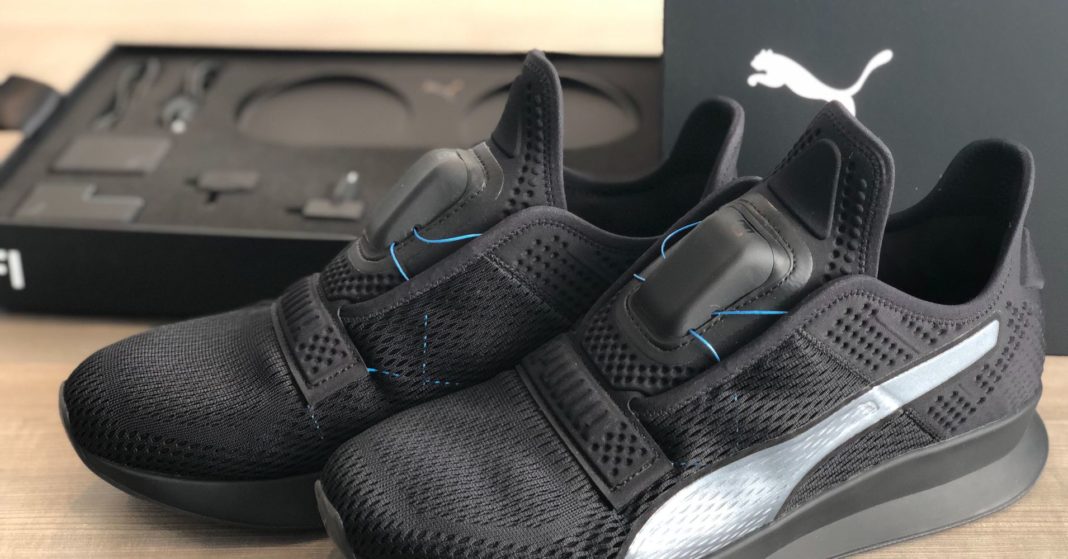 Puma is about to release it’s own self-lacing training shoes that will rival Nike’s high-tech sneakers that can do the same.

Puma’s smart shoes, called the Fi, are connected to its app which enables the laces to be tightened or loosened with the swipe of a finger. It currently only works with an Apple iPhone or Apple Watch, but will soon be available on Android phones too.

Each smart training shoe will have a battery based under its sole that can be charged through a wireless charging dock or by swapping out the batteries.

Puma’s designers said the battery would last about a week with normal use.

Fi won’t be on the market until Spring 2020 and will be sold for $330. That’s slightly less than Nike’s Adapt BB, a self-lacing smart basketball shoe which will retail for $350.

“We really wanted to tackle digital technology to bring something into the physical world,” Puma’s Global Director of Innovation, Charles Johnson, told CNBC at a preview event in Hong Kong.

“It’s definitely where I see things going and we already have ideas about how it will evolve. Not just ideas,” he said. “We’ve prototyped some things that will use this technology beyond where it’s at.”

Johnson said they could eventually open up the technology to developers that would allow third parties to create a variety of apps based around its smart shoe.

Puma is the third largest athletic shoe company behind both Adidas and Nike.