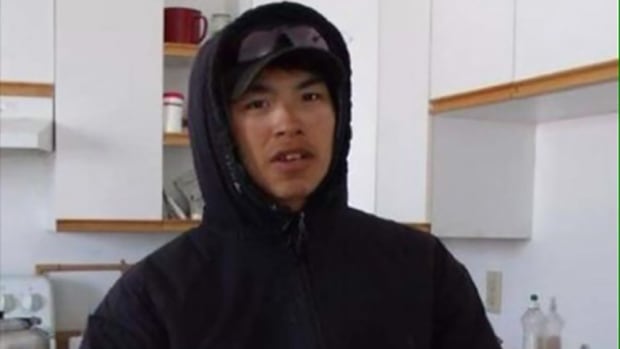 The sister of a Nunavut man shot by a Mountie says she’s relieved a jury in a coroner’s inquest has ruled his death a homicide.

Charles Qirngnirq, 21, was killed Dec. 19, 2016, after RCMP received reports of a male with a rifle at the Gjoa Haven airport.

“I don’t have that ache in my heart anymore,” she told The Canadian Press.

“He never wanted to hurt people. He wanted to make sure that he saw people smiling or taking care of each other or just having fun,” she said through tears, hanging her head in her lap.

“He was outgoing, he was always happy … he did so much for me.”

She said five years was a long time to wait for the inquest.

Lawyers for the Nunavut coroner’s office and Qirngnirq’s family had argued his death was a homicide, while the RCMP’s lawyer said it was a suicide.

After deliberating for about five hours, the jury made 11 recommendations to prevent similar deaths, including suicide prevention training for the RCMP and having more than one mental health nurse in each Nunavut community.

The jury also recommended the RCMP carry first aid kits on service calls and the Nunavut government and Hamlet of Gjoa Haven create a group for young men in the community.

Cpl. Ian Crowe testified during the inquest that Qirngnirq yelled out to himself that he wanted to die before he appeared to lift his rifle at Crowe and another Mountie.

Ottawa police investigated the shooting and cleared Crowe, saying the officer’s use of force was reasonable.

Sheldon Toner, the coroner’s lawyer, had cautioned the jury that coroner’s inquests must have a presumption against suicide.

The inquest heard that Qirngnirq went to the airport that morning because he was upset his girlfriend and young son were trying to fly out of the community.

The jury was also told that Qirngnirq was at a higher risk for suicide because of his age and background. But Toner said there’s no indication he wanted to take his own life.

“He’s not a walking stereotype. He’s a person,” Toner said in closing arguments.

He also said Crowe testified that he heard Qirngnirq make suicidal comments while walking with the rifle outside the airport that day, but Qirngnirq didn’t direct the comments at the two officers.

Qirngnirq’s rifle was later found to be unloaded. He was carrying two bullets, but the inquest heard they would not have worked in the rifle.

“A reasonable inference could be that he was just raging at the world. He was upset, but that does not mean he was suicidal,” Toner said.

“He wanted to live.”

RCMP lawyer Magnolia Unka-Wool had argued that Qirngnirq intentionally disobeyed the officers, pointed his rifle at them and used them to end his life.

“Charles, without a doubt, could see the police vehicle in the flat snowy tundra,” Unka-Wool said.

She said his family had made previous calls to the RCMP saying he had suicidal thoughts. She told the jury that he took his rifle to the airport that day with the intention of dying.

“He was leaving the officers with no choice but to shoot him,” she said.

Nikolai Sittmann, the Qirngnirq family’s lawyer, said the inquest didn’t hear any evidence that Qirngnirq knew the officers were actually there.

“This is about two police officers that saw an upset young man walking with a rifle and felt so threatened that they shot him,” Sittmann said.

The inquest heard that after the shooting, when the officers reached Qirngnirq, he asked, “Why you shoot?

“That’s the reaction of someone who did not want to be shot,” Sittmann said.

The RCMP said Crowe is currently on administrative duty. He was charged with assault earlier this year after he responded to a call for service in Sanirajak, Nunavut, in August of 2020.

Crowe told The Canadian Press he has no comment on the assault allegation.

This story was produced with the financial assistance of the Facebook and Canadian Press News Fellowship.