Junior bantamweight: The rematch is on for No. 1 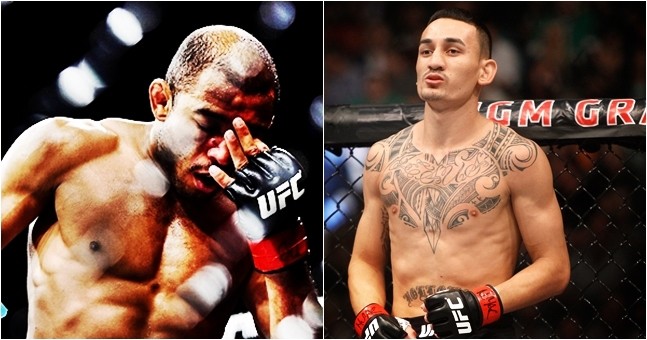 Check out my rankings within each division by clicking on the links below. If there is a lineal champion in the weight class, he is ranked No. 1.

Note: Results through June 19. In an effort to provide the most up-to-date rankings, ESPN.com’s division-by-division boxing rankings will be updated every Tuesday.

JUNIOR BANTAMWEIGHT DIVISION (UP TO 115 POUNDS)

1. Srisaket Sor Rungvisai (42-4-1)
In a brutal slugfest on the Gennady Golovkin-Daniel Jacobs undercard on March 18, Thailand’s Sor Rungvisai regained the world title he once held in an extremely violent confrontation with Roman “Chocolatito” Gonzalez. Although most thought Gonzalez deserved the decision, Rungvisai, who head butted Gonzalez several times, got the nod via majority decision. He dropped Gonzalez in the first round and knocked him from the undefeated ranks in a fight of the year and upset of the year contender. The rematch is set and it will headline an HBO tripleheader.
Next: Sept. 9 vs. Gonzalez.

2. Roman “Chocolatito” Gonzalez (46-1)
Nicaragua’s Gonzalez, a protégé of the late Hall of Famer and countryman Alexis Arguello, won world titles in four weight classes, strawweight, junior flyweight, flyweight and junior bantamweight, and was anointed by most as the pound-for-pound king in the wake of Floyd Mayweather’s retirement in September 2015. In September, Gonzalez moved up to junior bantamweight and outpointed Carlos Cuadras to win the belt in a terrific action fight. But in his first defense, on March 18 on the Gennady Golovkin-Daniel Jacobs HBO PPV undercard, Gonzalez went down to controversial decision defeat to Srisaket Sor Rungvisai in a clear-cut fight of the year contender that won’t soon be forgotten. A rematch was ordered and it will headline an excellent HBO tripleheader.
Next: Sept. 9 vs. Sor Rungvisai.

3. Naoya Inoue (13-0)
The seven-time Japanese amateur champion has looked sensational fight in and fight out. Inoue made his fifth junior bantamweight defense against Mexico’s Ricardo Rodriguez, the mandatory challenger, on May 21 and laid waste to him in a third-round KO win. He will next make his American debut on HBO against Antonio Nieves (17-1-2) on the undercard of the Srisaket Sor Rungvisai-Roman “Chocolatito” Gonzalez rematch a prelude to a possible showdown with the winner.
Next: Sept. 9 vs. Nieves.

4. Carlos Cuadras (36-1-1)
In September 2016, Mexico’s Cuadras got the biggest fight of his career, an opportunity to defend his title against then-pound-for-pound king Roman “Chocolatito” Gonzalez. It was a terrific fight and very competitive, but Gonzalez won a close decision to take the belt. Cuadras wanted an immediate rematch but was denied and instead stayed busy in a lackluster decision win against countryman David Carmona on the March 18 Gennady Golovkin-Daniel Jacobs HBO PPV. With Gonzalez losing on the card, there goes the lucrative rematch, although he has been ordered to face former unified flyweight titlist Juan Francisco Estrada (35-2) in an eliminator, which will take place HBO on Gonzalez’s next undercard.
Next: Sept. 9 vs. Estrada.

5. Khalid Yafai (22-0)
England’s Yafai easily outpointed Luis Concepcion – who had been stripped for failing to make weight — to win a vacant title on Dec. 10 and became the first boxer from his home city of Birmingham to win a world title in 110 years. Yafai made his first defense on May 13 in Birmingham and dropped Japan’s Suguru Muranaka in the second round en route to a lopsided decision victory. Next he has been ordered to make a mandatory defense against Japan’s Sho Ishida (24-0).
Next: TBA