Joshua vs Pulev: Larry Holmes backs Anthony Joshua to become one of the greatest boxers of all time 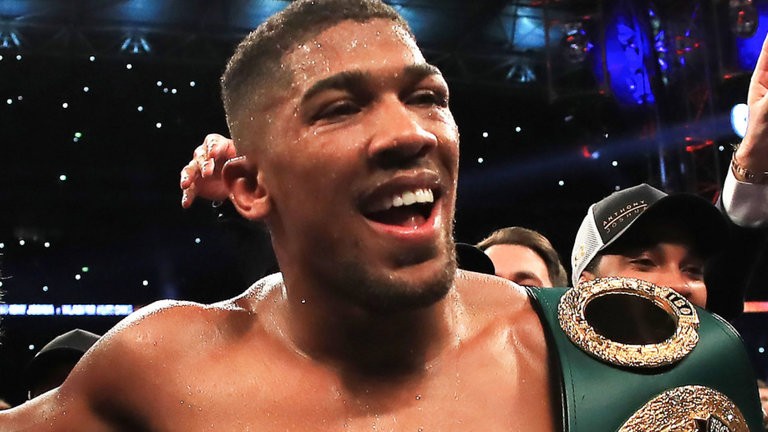 Former world champion Larry Holmes is backing world heavyweight champion Anthony Joshua to become one of the greatest boxers of all time.

Holmes, who fought Mike Tyson and beat Muhammad Ali, says the WBA ‘super’ and IBF champion can be a legend if he stays hungry and remains focused on boxing.

The 67-year-old former champion admits he has been impressed by Joshua, whose next title defence is live on Sky Sports Box Office on October 28 when he faces Bulgaria’s Kubrat Pulev at Cardiff’s Principality Stadium.

Holmes said: “I got to be heavyweight champion of the world when I was 30 years old and this guy (Joshua) is just at 27.

“I think he has a great opportunity to make himself known as one of the greatest fighters of all time.

“You’ve always got to think you are better than the next guy. If he keeps going I think he’ll be strong and I that’s what’s going to make him a great fighter.


“If he can stay hungry he will be okay.

“He’s fighting whatever is out there and he’s going to be able to climb that ladder because he knows how to fight.

“I wouldn’t be worried about what people think, I would continue to practice my boxing, make my life better and continue to fight whoever they put in front of me and knock the heck out of them.”

Holmes believes a fight between Joshua and WBC heavyweight champion Deontay Wilder, who defends his title against Bermane Stiverne on November 4, live on Sky Sports, would be too close to call.

He added: “I’d flip a coin because both guys are big and punch very well.