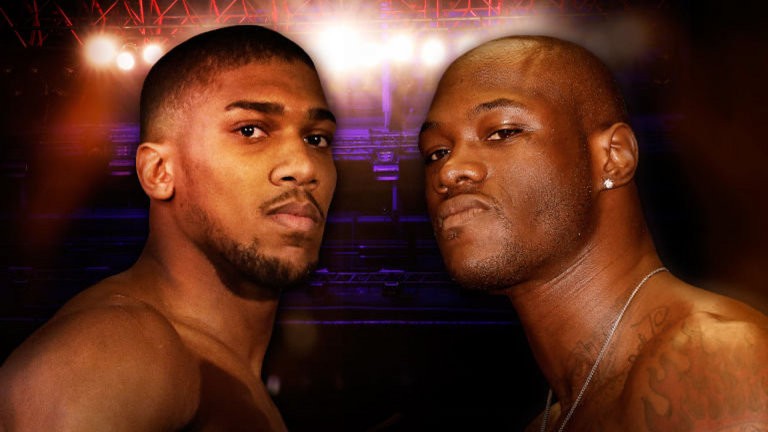 Unified heavyweight world titleholder Anthony Joshua might not be able to hang on to both of his belts, and if he can’t, it won’t have anything to do with a loss inside the ring.

England’s Joshua holds the IBF and WBA titles, and both organizations were on board to allow him to defend them in a rematch against former longtime champion Wladimir Klitschko, whom Joshua stopped in dramatic fashion in the 11th round of the leading fight of the year contender on April 29 before 90,000 at Wembley Stadium in London. With the win, Joshua retained his IBF version of the title and won the vacant WBA belt.

Plans were in the works for a Joshua-Klitschko rematch to take place on Nov. 11 in Las Vegas even though Klitschko, 41, had not fully committed the bout for which he had a contractual right to. On Wednesday, however, Klitschko surprised many when he elected to pass on the rematch and announced his retirement from boxing after a decorated 21-year career as one of the greatest heavyweight champions in history.

With Klitschko out of the way, the organizations are pressing for Joshua to make his mandatory defenses.

The IBF gave its blessing to the proposed Joshua-Klitschko rematch several weeks ago but stipulated that if Joshua did not face Klitschko in his next fight, he would have to face its mandatory challenger, Kubrat Pulev (25-1, 13 KOs), 36, of Bulgaria, whose only loss was by fourth-round stoppage to Klitschko in the 2014 knockout of the year.

On Wednesday, hours after Klitschko’s retirement announcement, the WBA also chimed in. It ordered Joshua to begin negotiations with its No. 1 contender (and former interim titlist) Luis “King Kong” Ortiz (27-0, 23 KOs), 36, a big-punching Cuban southpaw who defected and fights out of Miami.

The WBA had previously ordered the winner of the Joshua-Klitschko to face Ortiz, but it had signed off on the rematch. With the rematch not happening, it sent both camps a letter ordering the mandatory fight and gave the Joshua and Ortiz camps 30 days to make a deal, or a purse bid will be ordered.

The WBA’s letter pointed out that it had originally ordered the winner of the April 29 Joshua-Klitschko fight to face Luis Ortiz within 120 days of the fight. It had agreed to allow the rematch, but with it off the table, the WBA wrote that since the original resolution “95 days of that period have already passed and the fight should take place by Aug. 27. In light of the above, this committee is granting 30 days to negotiate beginning Aug. 3, 2017 and will close at the end of the business day Sept. 3, 2017. The fight should take place by Oct. 31, 2017.”

With two organizations seeking Joshua (19-0, 19 KOs), 27, to make different mandatory defenses next he would have to vacate one of the belts or be stripped unless something can be worked out.

If Joshua has to pick one belt to keep, Joshua likely will hang on to the IBF title he won in April 2016 by second-round knockout of Charles Martin and has defended three times against Dominic Breazeale, Eric Molina and Klitschko. In addition to the fact that he has held the belt longer than the WBA title, a fight with Pulev figures to be a much easier fight than one against Ortiz, a massive puncher who has been routinely avoided by the division’s best.

Matchroom Boxing promoter Eddie Hearn, who promotes Joshua, has already spoken to Pulev promoter Kalle Sauerland about making the fight and is moving in the direction to finalize that match.

“When the IBF cleared the Klitschko rematch it was under the proviso that if it’s not Klitschko it must be Pulev, so we’ve already got talks in place with Kalle Sauerland,” Hearn told Britain’s Sky Sports, the exclusive broadcaster of Matchroom fights in the United Kingdom. “Part of me is quite pleased we can move forward and draw a line under this. There was always the worry with Klitschko’s age that we could announce the [rematch] and he could get injured in camp, various bits and pieces like that.”