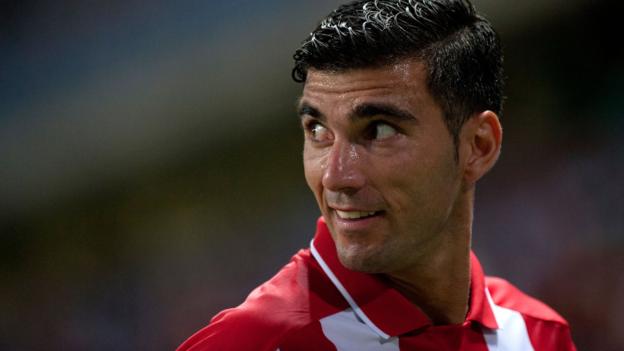 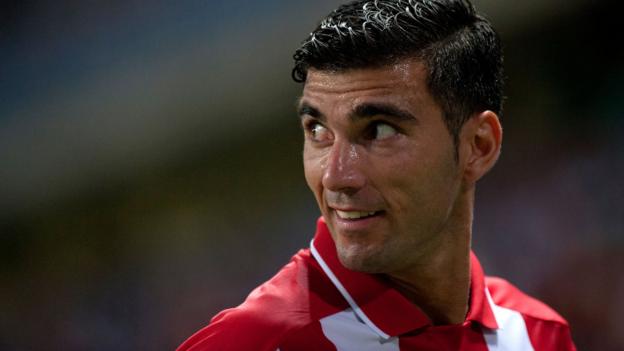 “We couldn’t be confirming worse news,” the La Liga club said on Twitter.

The Spaniard joined the Gunners from Sevilla in January 2004 and was part of the ‘Invincibles’ side that went through the 2003-04 season unbeaten, winning the Premier League.

He later spent a season on loan at Real Madrid in 2006-07, winning the title.

Sevilla paid tribute to the “eternal legend”, adding that he was “one of the most valuable home grown players in the history of the club”.

Flags in Reyes’ hometown of Utrera will fly at half mast for the next two days, according to a statement on the city council website.

The statement also revealed the accident happened on a road linking Utrera with Seville and a relative of Reyes was also killed.

Reyes’ coffin will be taken to Sevilla’s stadium on Sunday before being moved to Utrera ahead of his funeral on Monday.

Reyes leaves behind his wife Noelia Lopez, whom he married in June 2017, and three children, daughters Noelia and Triana and son Jose Antonio Jr from a previous relationship.

A minute’s silence will be observed at Saturday’s Champions League final as a mark of respect to Reyes, who was the first Spaniard to win the Premier League.

Arsenal paid tribute to their former player, saying they were “devastated by the shocking news”.

Gunners legend Thierry Henry, who played alongside Reyes between 2004 and 2007, called him a “wonderful player, superb team-mate and exceptional human being”.

“I wish his family and friends continued strength and courage to get through this difficult time,” he added on Twitter.

Former Arsenal midfielder Cesc Fabregas called Reyes his “first great friend in the world of professional football”, and added: “My room-mate, who always wanted to sleep with the air conditioning even at -10 degrees.

“A humble guy who always had a smile on his face, great footballer and great person. I could not wake up today in a worse way.

“Our connection in the field was also special.

“I always say that you have been one of the greatest talents in our football and I know that I am not wrong.

“Two days ago I was talking about you in an interview, it might be a sign, who knows, to remember you, my great friend.

Current Arsenal boss Unai Emery, who managed Reyes at Sevilla, spoke to BBC Radio 5 Live before the Champions League final in the Spanish capital, describing it as “a very, very sad day”.

“Today we were thinking about enjoying a big day here in Madrid for English football, but this news changes my mind.

“He was a hard-worker. We won the Europa League together. He was an amazing man, an amazing player. I learnt a lot from him.

“He was always smiling, he had great quality. The key moment before the final for the Europa League, he told me: ‘Coach, if you want to win, you need to pick me in the first XI.'”

Former Atletico Madrid team-mate Sergio Aguero said: “Moved by the death of José Antonio Reyes, a very good friend and partner with whom I shared great moments. A lot of pain. My condolences and all my support to your relatives.”

Ex-Arsenal player Freddie Ljungberg said: “Numbed by the news about my former team-mate, Jose Antonio Reyes. Gone far too soon, my thoughts are with his family and friends.”

Uefa president Aleksander Ceferin said: “He had a glittering career and won numerous honours wherever he played and I am shocked and saddened that his life has been so tragically cut short.”

His current club Extremadura said in a statement on Twitter: “With a broken heart Extremadura UD announce the death of their player Jose Antonio Reyes in a traffic accident.”

Reyes’ final match was a 1-0 win at Alcorcon on 18 May. The Spanish second division side’s away game to Cadiz, which was due to take place on Sunday, has been postponed until Tuesday, along with the league’s other fixtures that were due to take place that day.

A career full of trophies