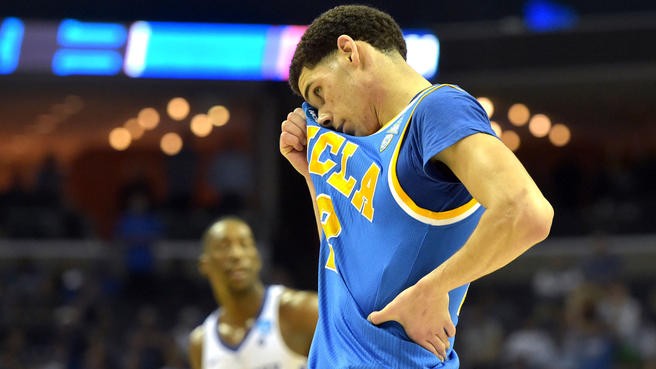 Lonzo Ball, who was selected second overall by the Los Angeles Lakers on Thursday night’s NBA Draft, has earned plenty of headlines leading up to his professional career. Many of them have come courtesy of his father, LaVar, whose bold statements have raised no small amount of eyebrows in recent month.

That trend continued on Thursday night, when Ball crowed that he had been predicting his son’s path to a Lakers uniform “for 19 or 20 years.” He followed that up with another prediction for the very near future.

“I’m gonna tell you what: Lonzo Ball is going to take the Lakers to the playoffs his first year,” Ball proclaimed. “Come see me when he does!”

Please dunk on him so hard that his daddy runs on the court to save him.. https://t.co/cMvt5RYiSQ

Odds are both teams will be circling their calendars when the 2017-18 NBA schedule is released later this summer.