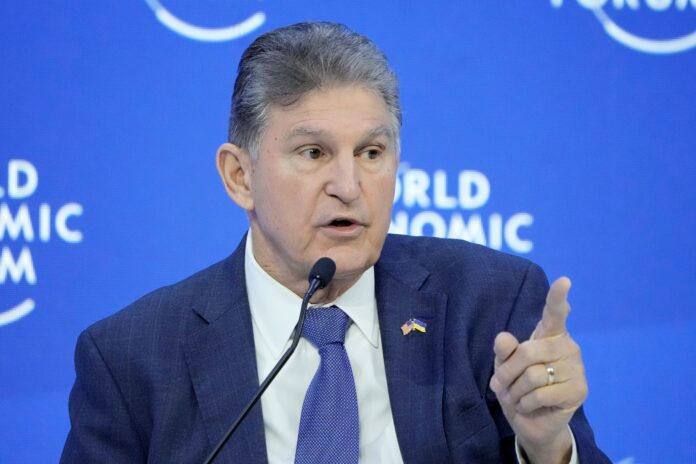 By Terry Paul
January 23, 2023
Sen. Joe Manchin (D-W.Va.) on Sunday said it’s wrong for Democrats to refuse to negotiate with Republicans over raising the debt ceiling.

The White House has said Congress should agree to increase the debt limit with no strings attached, though House Republicans have been calling for cuts to programs like Medicare and Social Security.

“I think it’s a mistake because we have to negotiate,” Manchin told CNN’s “State of the Union.” “This is a democracy that we have. We have a two-party system if you will, and we should be able to talk and find out where our differences are. And if they are irreconcilable, then you have to move on from there and let people make their decisions.”

Also read; Which TV Shows Will Be Canceled In 2023?

The U.S. reached its $34.1 trillion debt ceiling Thursday. The Treasury Department said its “extraordinary measures” can ensure the country meets its financial commitments until June when the U.S. would default on its debt unless the limit is increased.

Manchin said using the debt ceiling hostage “hasn’t worked in the past,” but did not directly answer when asked which party is doing so now.

“Take that off the board right now and look at ways that we have wasteful spending that we can be held accountable and responsible for,” he said.

But not all Democrats appear open to negotiating with the GOP.

Sen. Dick Durbin (D-Ill.) said the political reality now is different than in 2011 when Biden, as vice president, played the role of lead negotiator between the two sides. Durbin argued there is little room for a productive discussion with MAGA House Republicans, adding that the debt rose dramatically under former President Donald Trump due to the tax cuts his administration passed for wealthy Americans and corporations.

“Having done that, they need to face the responsibility of paying for it,” Durbin told CNN’s, Dana Bash. “That is what the debt limit is about.

White House press secretary Karine Jean-Pierre on Friday said Biden is looking forward to meeting House Speaker Kevin McCarthy, but reaffirmed that “raising the debt ceiling is not a negotiation.”

“We are going to have a clear debate on two different visions for the country – one that cuts Social Security, and one that protects it – and the President is happy to discuss that with the Speaker,” Jean-Pierre said in a statement.

Treasury Secretary Janet Yellen told The Associated Press that GOP demands in exchange for voting in favor of the increase are “a very irresponsible thing to do” and risk real harm to the U.S. economy.

“Congress needs to understand that this is about paying bills that have already been incurred by decisions with this and past Congresses and it’s not about new spending,” Yellen said.

Senate Minority Leader Mitch McConnell said last week he anticipates the debt ceiling standoff to be resolved “sometime in the first half of 2023.”

“In the end, I think the important thing to remember is that America must never default on its debt,” he said. “It never has and never will.”