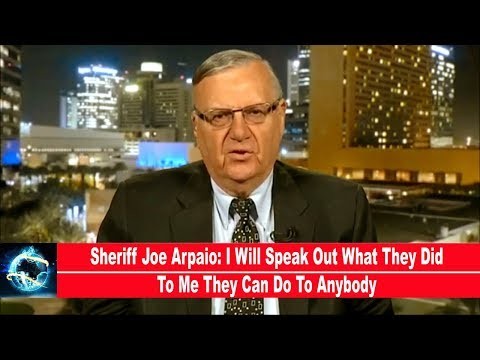 .@RealSheriffJoe: Certain news media have been trying to destroy me all of these years. https://t.co/HO1L6bJcIC | #Hannity pic.twitter.com/rLrIGwTeIj

This is what you do when you make news in Trumpworld. You go on “Hannity.”

That’s what Donald Trump Jr. did when the New York Times reported last month that he met during the campaign with a Kremlin-connected Russian lawyer who he thought would provide damaging information about Democratic presidential nominee Hillary Clinton.

It’s a logical move. Hannity might be Trump’s most devoted media supporter. Ann Coulter, a pretty big Trump booster in her own right, recently wrote Hannity “would endorse communism if Trump decided to implement the policies of ‘The Communist Manifesto.’”

If Trump does it, it’s all right by Hannity, which makes his show the friendliest forum in which to address otherwise-uncomfortable subjects — like your ouster from the White House, your attempt to collude with a foreign power or your avoidance of justice for a criminal conviction.

Arpaio was to be sentenced in October for flouting a court order to end his practice of detaining people on the mere suspicion they might not have legal status in the United States. The 85-year-old faced up to six months in prison, but Trump’s pardon means he will remain a free man.

Hannity openly cheered the president’s decision to grant clemency, even as he questioned Arpaio.

“First of all, sheriff, I’m very relieved for you,” Hannity said. “You came under fire for obeying what are the laws of the land. I applaud the president for what he did tonight. It was the right thing to do.”

Hannity is no reporter and, in all fairness, he doesn’t claim to be. “I’m not a journalist,” he reminded his radio listeners last year. “I’m a talk-show host.”

The bummer is Trump’s allies are in the habit of treating an appearance on Hannity’s Fox News show as a substitute for an interview with someone who is a journalist — and who might ask tougher questions. In fact, Arpaio complimented Hannity as “a great journalist,” and Hannity did not correct him.

“Great” apparently means supportive. Hannity’s inquiries focused on what he called “the abuse of the judiciary”; he never even played Devil’s Advocate and asked Arpaio why the public should view the pardon as righting a wrong — why Arpaio shouldn’t be penalized for defying a court order.